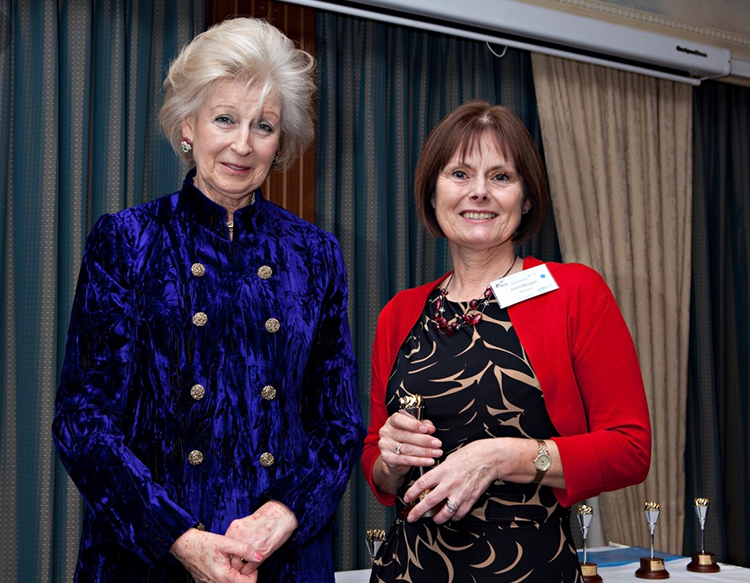 Jenni Morgan, mainstay of the East region and Hertfordshire Gymnastics Association, as well as being a much-loved coach at Sapphire, sadly died on March 1st at the age of 68.

She was the founder and voluntary Club leader at Cheshunt Gym Club based in Cheshunt, Herts from 1989-2001 producing many County and Regional Champions.

She was the voluntary secretary of Hertfordshire Gymnastics Association from 1994-2001 and again from 2003-2010.  She has also acted as Competition Secretary from 2008-2018 for the County.

She has also been the Eastern Counties Gymnastics Association secretary from 2005-2015 and again stepped in as acting secretary in 2017.  Her work included the setting-up and maintaining of the regional web-site.  She monitored all the regional and national memberships and dealt with all correspondence and queries for the East region.  She has also acted as WA Competition Secretary since 2005.

She was a British Gymnastics Employee in the Performance Pathway department from 2013-2016 and recipient of a BG Award of Merit in 2013.

One high point in her career was the winning of a Torch Trophy Trust award for outstanding voluntary service in 2011.  She was very proud to receive her trophy from Princess Alexandra at a ceremony in London.

She was qualified as a coach in Women’s artistic from level One to level Four and had coached sixteen hours per week at Sapphire School of Gymnastics from 2004 until last year, producing several national champions during that time.

She became a club judge for Women’s Artistic in 1989 and had been a regional judge from 1993 to the present time, re-qualifying every four years and had judged in many competitions.

Her work out-put was immense and it is difficult to record everything that she did but suffice it to say that the region will be lost without her.

Our sympathies and thoughts are with her family – Keith, Claire and Scott.