Beam Gold for Ondine at the European Youth Olympic Festival 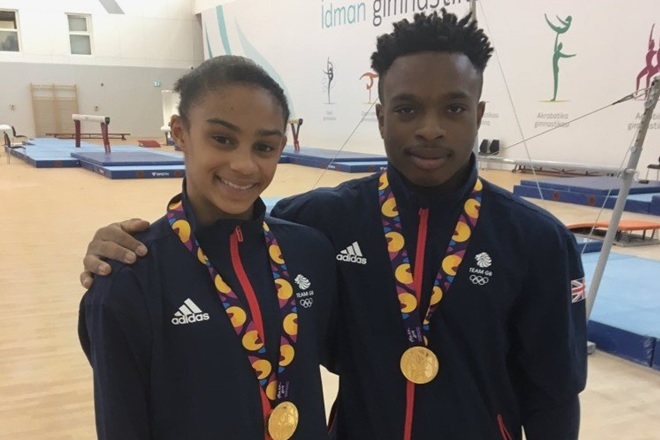 Ondine Achampong has won the beam gold on the final day of the European Youth Olympic Festival in Baku.

Ondine finished her tremendous championships sealing the beam gold with a score of 13.666 to give her the complete medal collection having already claimed all-around silver and team bronze. Halle Hilton also competed in the beam final narrowly missing out on a medal finishing in 4th scoring 12.900.

On the final day, teammate Raekwon Baptiste powered his way to victory too scoring 13.983 to top the leader board with Sam Mostowfi also putting in a great performance in his second individual final scoring 13.433 for 5th having also placed 5th in the floor final.