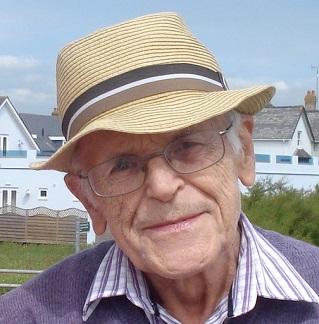 Saturday 9th July marked the end of an era, with the passing of the English Gymnastics President, Jim Moss.  After a bout of ill-health, Jim passed away peacefully.

Jim became involved with Gymnastics in the West Midlands during the 1970s, where he worked as a volunteer mainly at the B.A.I. (City of Birmingham Gymnastics Club).

In the early 1980s, he was appointed Honorary Secretary of the West Midlands Amateur Gymnastics Association (WMAGA) as part of a small management group, to re-organise the Regional Finance and Administration structure.

With his renowned eye for detail and his depth of knowledge of the sport, Jim quickly became an indispensable member of the Regional team.  He remained in his role until 2002, becoming Chair of the West Midlands Region until 2005; thereafter represent the English Gymnastics Association on the Regional Executive Committee.

Jim had a long association with British Gymnastics (BG), initially as an IT Consultant, when he introduced the first windows-based Membership System in 1996, which he managed until 2000 when BG appointed a full-time CEO and then continuing as Adviser, assisting with the development of a modernised Corporate Governance Structure, giving devolved powers to the Home Country Regions.

In 2005, Jim was appointed as the Chairman of the EGA and became one of three English nominated Directors on the BG Board where, besides working tirelessly for the modernisation of BG, he continued his personal campaign for a fair deal for English Gymnastics, including the recruitment and appointment of a CEO and Administrative Team dedicated to the EGA.

Apart from his administrative role, Jim always made himself readily available to all Clubs, with help or advice on any aspect of Gymnastics and throughout his long and distinguished career, he continued to ensure strong support for the grassroots of the sport.

Jim will be very sadly missed by all that knew him.  Our thoughts and condolences go to Jim's wife Betty and their children Andrew, Sarah and Phillip.

English Gymnastics would be grateful if anyone planning on attending the Funeral Service, Committal or Wake please contact the EGA Admin Manager, Jan Charlton, via either email or phone (Tel: 0345 1297129 Ext 2640) to confirm, so that Jim's family can be notified of numbers for seating/catering purposes.  Many thanks.

ADDENDUM:
Betty, Andrew, Phillip and Sarah would like to thank everyone who sent cards or made, sometimes long, journeys to come to Jim's funeral on 7th August.  They were overwhelmed by the kindness and support given and were very touched by the lovely tributes.