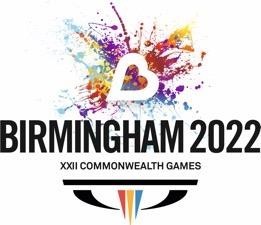 The Sport and Venue Programme for the Birmingham 2022 Commonwealth Games was confirmed and celebrated today, Friday 19th October, as five Team England medallists joined Birmingham 2022 Chairman, John Crabtree, and pupils from Mapledene Primary School for a sporting showcase at Birmingham's National Exhibition Centre - one of the key venue clusters for the Games, which take place from 27 July to 7 August 2022.

17 thrilling sports will take place over 11 days of action-packed competition, at venues across the host city and throughout the West Midlands and beyond.  Over one million tickets will be available - and go on sale closer to the event.  All of the venues are already open - with the exception of the new Aquatics Centre planned to be built in Sandwell - and well-established and experienced hosts of world-class sport.  This was a key benefit of the original bid, supporting the Games Partners and Commonwealth Sports Movement's ambitions to increase the efficiency and affordability of hosting the Games.

John Crabtree, Chairman of the Birmingham Organising Committee of the 2022 Commonwealth Games said: "We were thrilled to welcome local school children and Team England stars to help celebrate the confirmed sport and venue programme for 2022, bringing a tiny flavour of the Games' sporting spirit to the NEC, one of our main venue clusters.  It's another important milestone as progress continues towards Birmingham's largest-ever global sporting and cultural event in less than four years' time.   With the revamp of Alexander Stadium, plans for a brand-new facility at Sandwell and a tried and tested team of sporting venues across the West Midlands - all our collaborative efforts are focused on ensuring the Birmingham 2022 Commonwealth Games will be a spectacular sporting showcase of the city and region."

Tracey Crouch, Minister for Sport and Civil Society, said: "The Commonwealth Games will showcase the very best of Birmingham, the West Midlands and the UK to the rest of the world.  This is an exciting sport programme that will be held at some of the region's most iconic sites and venues.  I am particularly pleased that it features an inclusive para-sport programme and equal medal opportunities for men and women."

12 of the 17 sports take place in existing venues across the host city: Athletics and Para-Athletics will take place at a significantly-upgraded Alexander Stadium, located close to the Commonwealth Games Village; Arena Birmingham will host Gymnastics; whilst the NEC Campus will host six sports - Badminton, Boxing, Judo, Table Tennis, Weightlifting (and Para Powerlifting) and Wrestling.  Birmingham University's facilities will be home to Hockey and Squash; and Aston Villa's football ground, Villa Park, will be the stadium for the Rugby Sevens action.  A city-centre location for the 3x3 Basketball and Wheelchair Basketball events is still being finalised.

Cllr Ian Ward, Birmingham City Council Leader said: "Birmingham has a global reputation as a sporting city and this line-up of venues underlines just why we were selected to host the 2022 Commonwealth Games.  This city has a very strong track record of successfully staging major championships and athletes love competing in front of enthusiastic and knowledgeable Birmingham audiences.  In 2022, the world's top stars are guaranteed a warm welcome over what we can be sure will be 11 unforgettable days of sporting action in top-class facilities."

Venues across the West Midlands will also help maximise and spread the involvement and benefits to regional communities close to Birmingham, with Swimming and Diving at a brand-new Aquatics Facility in Sandwell (6 miles from Birmingham City Centre); Triathlon taking place at Sutton Park in Sutton Coldfield (6 miles); Mountain Biking at Cannock Chase (16 miles); Netball at the Coventry Arena (17 miles) and Lawn Bowls in Royal Leamington Spa (21 miles).  Finally, the velodrome at Lee Valley VeloPark will host Track Cycling on the tenth anniversary of the London 2012 Olympic Games (102 miles).

Andy Street, Mayor of the West Midlands, said: "This was always a regional bid, with many of the regional partners supporting financially.  It's therefore particularly pleasing that some of the events and competitions will take place around the region, giving us the opportunity to showcase places like Cannock Chase and Leamington Spa to the world and ensure the benefits of what I am confident will be a fantastic event are shared out."

The sport programme for Birmingham 2022 includes all mandatory sports and disciplines as per Commonwealth Games Federation rules, as well as an approved selection of optional sports chosen by the local bid committee; Diving, 3x3 Basketball and Wheelchair Basketball, Mountain Biking, Track Cycling and Track Para-Cycling, Rhythmic Gymnastics, and Para-Triathlon.  Wheelchair Basketball makes its appearance at the Commonwealth Games for the first time ever in 2022, and organisers have committed to ensuring that the 2022 edition builds on the Commonwealth Games' track record of inclusive para-sport and gender equal medal opportunities.

There remains interest from a number of additional sports and disciplines over and above the programme announced today.  The Organising Committee is therefore currently conducting an Additional Sports Review and Costing to look at the possibility of including additional sports to the Games.

Gold Coast 2018 Boxing Gold medallist, Galal Yafai said: "It's going to be amazing to see the boxing take place here at the NEC in four years' time.  The Birmingham fans love their sport and I know there'll be such a buzz across the city during the Games."