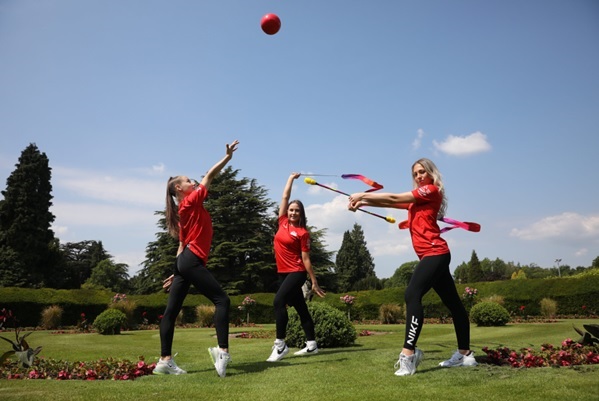 Team England has today announced 10 artistic and three rhythmic gymnasts set to represent the home nation at this summer’s Commonwealth Games in Birmingham. The team is made up of athletes with notable Olympic and Commonwealth Games success – including four-time Commonwealth Games gold medallist Claudia Fragapane and 2019 Men’s Gymnastics World Champion Joe Fraser.

Joining Claudia on the women’s artistic line up is Alice Kinsella who was part of the team that secured a historic bronze medal in the team event at the 2020 Summer Olympics. Kelly Simm returns for her third Commonwealth Games, alongside reigning Commonwealth bars champion Georgia-Mae Fenton and Ondine Achampong who is making her debut at this level.

Finally, the Team England rhythmic trio will all be competing for the first time in a major multi-sport event in Birmingham, Marfa Ekimova the current British champion will compete alongside Alice Leaper and Saffron Severn.

This summer, Team England will comprise of over 400 athletes in total, all of whom will look to capitalise on the once in a lifetime opportunity to bring home success in their own country.  The gymnasts to represent Team England are:

At the Glasgow 2014 Commonwealth Games, then 16-year-old Claudia Fragapane became the first English woman to win four gold medals since 1930. On selection for a home Games, she said: “It feels absolutely amazing to be back competing for Team England eight years later, it feels even more special this time. Coming into Birmingham 2022 I just really want to enjoy myself. I’m so excited, I cannot wait just to get there now and compete with everyone and create more memories."

Tokyo 2020 Olympian James Hall said: “I think ‘home Games’ has just got a ring to it, it’s exciting and going to be great in Birmingham. We’ve got a lot of people in the team from Birmingham and it’s exciting. For the opportunity to Bring it Home and win gold for the home nation is absolutely massive and if we can do it would be a dream come true.”

British Champion Marfa Ekimova commented on making her multi-sport debut for Team England: “To be selected for Team England is an absolute honour, it’s so exciting to be Part of the Pride. I can’t wait to compete in front of the Birmingham crowd and showcase the amazing sport of Rhythmic Gymnastics.”

Team England’s Chef de Mission, Mark England OBE, welcomed the athletes to the team: “I am delighted to welcome our 13 gymnasts to for the Games this summer; and always special to welcome returning gymnasts to represent Team England for their second Commonwealth Games. I’m excited to see them compete on home soil.”