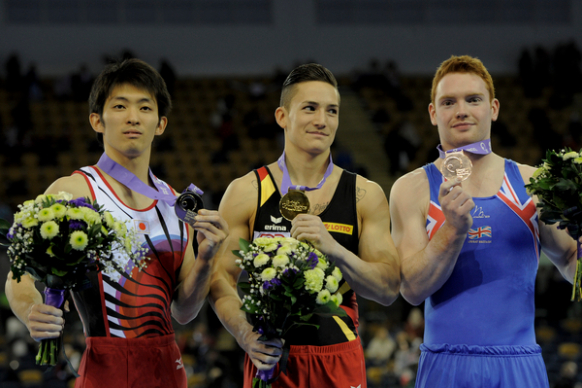 The Glasgow World Cup is one of ten (10) artistic World Cup events conducted under the authority of the FIG. The event welcomes participation of the world's top artistic gymnasts, who compete by invitation only.

The 2012 Glasgow World Cup took place for the first time in the new Emirates Arena.The arena was constructed at a cost of £113m and will be the home of major indoor sporting events for Scotland including gymnastics, basketball, badminton, athletics and netball. The complex also includes the Sir Chris Hoy Velodrome which is Scotland’s only indoor velodrome.Travel to Glasgow has never been easier or quicker, with regular flights from across the UK to Glasgow International Airport and Edinburgh, along with west coast and east coast main line rail services in to Glasgow.