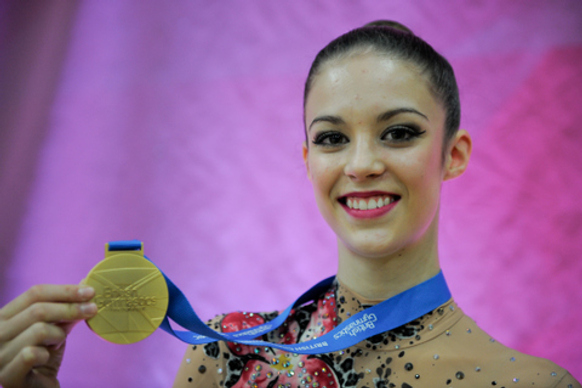 The Rhythmic British Championships is most prestigious event on the Rhythmic national calendar.

The competition includes the categories for under 11s, under 12s, juniors, senior and disability gymnasts. There is an All-Around Final as well as Individual Apparatus Finals.

The 2013 Rhythmic British Championships will take place at Fenton Manor Sports Complex in Stoke from 21-23rd of June.

Performed mostly by women, Rhythmic Gymnastics is a discipline combining grace, coordination, agility and artistry. Accompanied by stirring music, the gymnast uses small hand apparatus to weave a routine of flawless beauty moulding gymnast, music and apparatus into one. The handling of apparatus whilst performing complex turns, pivots, balances and contortionist like movements are characteristic trademarks of this intriguing gymnastics discipline.