17th May 2016
Our young Compulsory Level 3 & 4 Gymnasts travelled to Fenton Manor, Stoke to represent Team London in the National Finals. We spoke to Team Coaches Sam James (Europa) and Alun Hill (Hendon) to find out about the girls progress.
Compulsory Level 4 Report 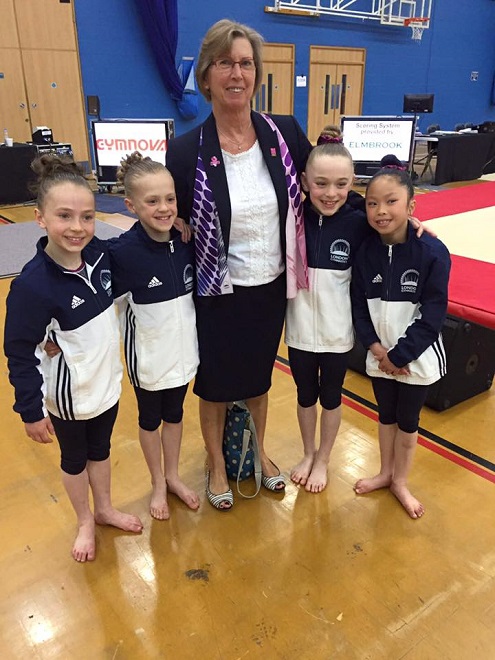 Compulsory 4 saw our London Team gymnasts taking part in a National Finals for the first time. The team was made up of Sophie O’Flaherty, Joey Heng (both from Hendon GC) and Casey McEnteggart and Darcy Butler (both from Europa GC).

After a very confident and well organised warm up, the girls started their competition on Floor where all members of the team performed stylish and well-choreographed floor routines to post scores ranging from 11.050 to 11.950.
Next to Team moved to Range and Conditioning, the apparatus that requires control, strength and flexibility. Again the girls showed consistent performances with scores ranging from 11.000 to 11.900.
Moving onto Vault, where Sophie put in an amazing performance to score the third highest score of the day, 13.550. All other members of the team performed 3 good vaults to help towards the team score.
The girls then moved onto bars where all 4 gymnasts showed beautiful lines and well executed routines to achieve scores ranging from 12.850 to 13.200, meaning that both Joey and Sophie’s scores were in the top ten on this apparatus.
The girls just had to hold their nerves finishing on the piece that requires the most concentration and precision. Again the girls showed strong performances with scores ranging from 11.850 to 12.500 where again Sophie’s score was the 5th highest score of the day.
It was a pleasure to take this team round their first National Finals where the Team finished an amazing 4th place and just missing out on a team medal by .250. Also an amazing achievement for all of the girls to finish in the top 25 all around out of 51 competitors.A special mention to Sophie who finished a credible 8th place all around.
Compulsory Level 3 Report 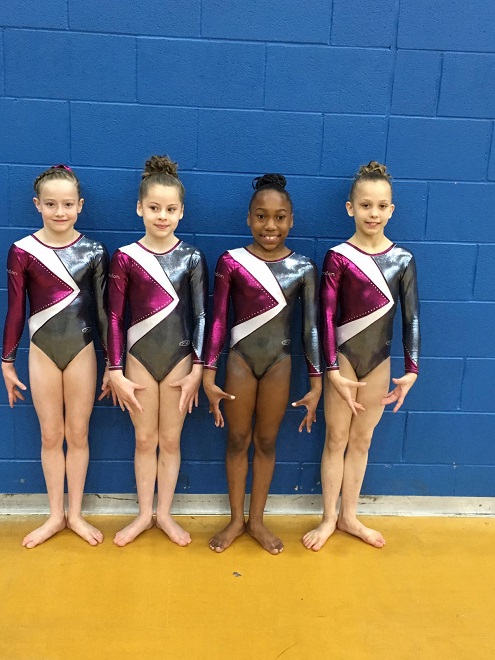 In the Compulsory 3 National Finals, Team London finished the competition in 5th Place.

The team made up of Erin Marshall from Hendon, Chloe Buist, Tommera Hendricks and Niambh O'Shea of Europa posted good performances across the board.
Niambh delivered a well executed vault getting London off to a great start whilst her teammate, Chloe, demonstrated artistry coupled with efficient landings on floor.
Tommera's excellent control in her range and conditioning set earned her a 9th place spot in the apparatus rankings with Erin taking 8th on beam displaying poise and confidence.
There were errors and mishaps during the competition but this young inexperienced team displayed promising qualities that will no doubt help them to shine in their future gymnastics career.
Well done to all of the gymnasts and their coaches.