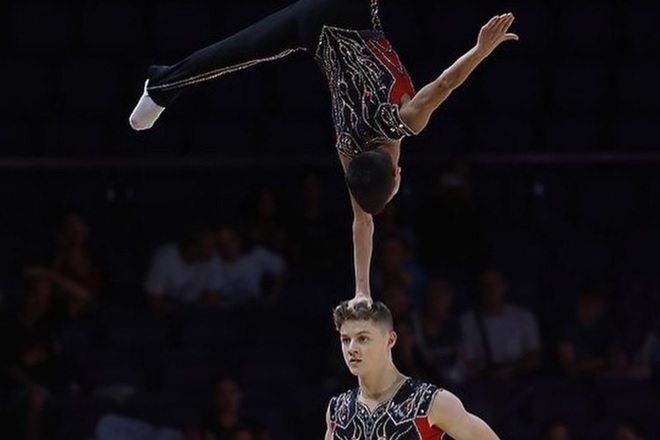 Having successfully made it through qualifying, the pair produced a flawless routine in the final, to score 29.700, more than 1.500 marks ahead of the rest of the field.

The routine, packed full of difficulty, was competed with high execution to make sure they stood at the top of the podium.

In May The Acrobatic World Championships will take place in Geneva, Switzerland and we are delighted to announce the London gymnasts in the  junior and senior British teams set to compete.

Competing in the senior competitions for Britain will be the men’s pairs of Sam Large and Sammi Nassman from Heathrow and Jamie Jeffery and Aidan Lim from Richmond.

Britain has also named a strong team for the age group competitions. See the London gymnasts that have been selected below;