Welcome to Trampoline Gymnastics in London 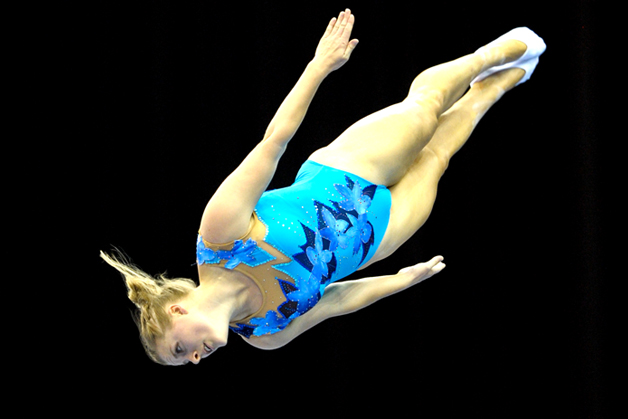 Our comprehensive competition programme caters for boys and girls aged Under 9 to Senior. We are also pleased to offer Disability competitions as well.

We have gymnasts at club, Regional, National and International levels in London. Please use the links on the left to explore further details of our programme.

Trampoline Gymnastics – learning to flyEveryone dreams of flying. Trampoline Gymnastics takes you about as close to flying, without the need for a motor. Seen as a reflection of man's desire to defy gravity, early civilisations devised various methods of sending a person into the air, such as using outstretched animal skins to throw them up and safely catch them on their descent. Circuses have used a number of methods to propel performers into the air for a variety of somersaults but it was not until George Nissen invented the trampoline, that the sport took off.

Trampoline Gymnastics is a relative newcomer to the gymnastic family but has a very rich and proud tradition in the UK. It is a spectacular sport that can see a world-class trampolinist reach heights of 10 metres whilst performing multiple somersaults and twists.

As well as being a sport in its own right, Trampoline Gymnastics is widely recognised as a training tool for many other gymnastic disciplines and sports such as diving and freestyle skiing. Trampoline Gymnastics embodies courage and elegance. The sport requires precise technique and perfect body control, leaving with very little margin for error.

Trampoline:A typical competition routine on the trampoline is characterised by high, continuous rhythmic feet to feet, to back, front or seat rotational jumping elements, without hesitation or intermediate straight bounces between two elements.

In a synchronised competition, a pair of gymnasts can consist of two women or two men. Pairs must do the same element at the same time and must start facing the same direction.A typical trampoline competition is made up of three routines/rounds: compulsory (a combination of free and compulsory elements), voluntary (free elements of the gymnast’s own choosing) and the final voluntary round. Each routine is made up of 10 skills and must start and finish on the feet.

Double Mini Trampoline:The DMT is like two mini tramps that have been joined in the middle. The first section of the apparatus is set at a slight angle and called the mount. From the mount, skills are performed onto the second section of the apparatus. This second section is called the spotter and is where skills can be performed back onto the tramp bed or as a dismount onto the landing mat.

Double Mini Trampoline can be likened to a combination of Athletics, Trampolining and Gymnastics. Competitors sprint down a carpeted track and hurdle onto the apparatus before performing double and triple somersaults with the same precision required on a trampoline. The only difference is that gymnasts have to land on a trampoline bed less than a quarter the size of a trampoline, before performing a dismount on to a landing mat.

In DMT competitions there are four passes, two in the preliminary round and then two in the final round. Each pass consists of one skill performed as either a mount or a spotter, followed by a dismount skill making two skills per pass.

If you are looking for a sport to take you to new heights, then Trampoline Gymnastics can set you in the right direction. Join a gymnastics club today.