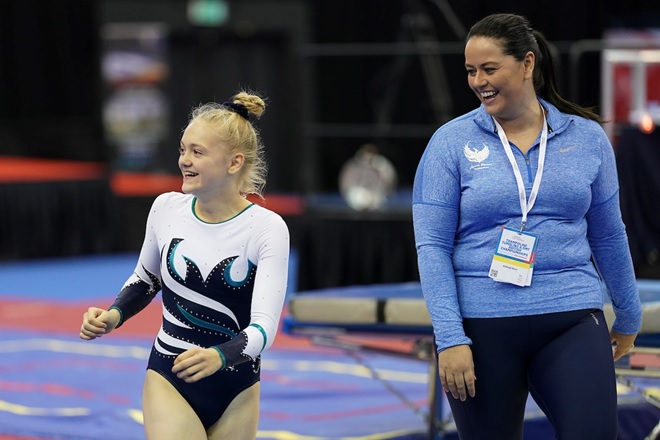 A huge congratulations to all gymnasts from Northern Ireland who competed at the Trampoline, Tumbling & DMT British Championships 2019 in Birmingham. An incredible set of results were achieved.

Fionnuala Mulholland from Antrim Phoenix DMT and Trampoline Club is the new 11-12 Girls DMT British Champion, taking the title with a score of 124.4!

Three Gymnasts from Northern Ireland finished in the Top Four in the 13-14 Girls DMT Category.

Not only did Ellie win the British Title, Ellie took home the Chris Fordham perpetual trophy for the highest execution score on DMT, this is the first time a gymnast from Northern Ireland has won this prestigious award! Congratulations, Ellie!

In the 9-10 Girls DMT Final, Abbie Thompson from Flight Gymnastics Academy won the bronze medal, having only taken up DMT at the beginning of the year after transferring from Artistic Gymnastics!

Well done to all gymnasts, clubs and their coaches for an incredible British Championships 2019.