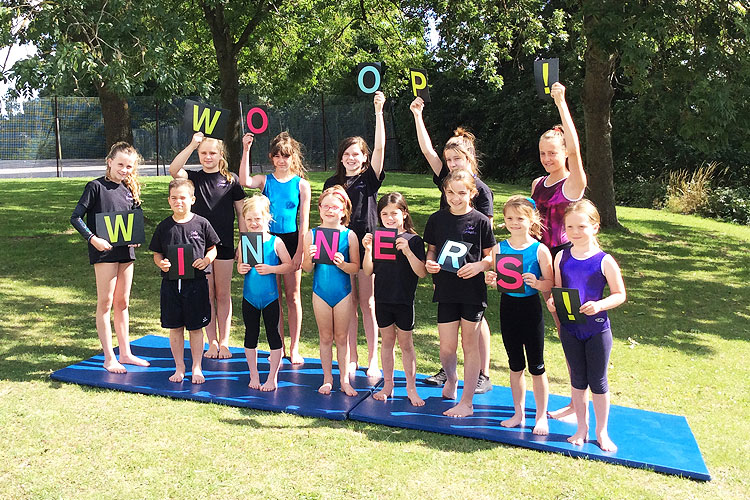 After hundreds of incredible entries, Stellar Gymnastics Club based in Farnham, Surrey have won our first World Championships competition and will be travelling to Glasgow this October, to officially start the 2015 World Gymnastics Championships.

The 2015 Championships are taking place in Glasgow from 23rd October to the 1st November at the SSE Hydro when a record number of more than 600 gymnasts from 91 countries will take part in 10 days of top-class competition.

Stellar Gymnastics Club won the chance to officially start the Championships after taking part in our Worlds competition 1. Our member clubs across Britain were encouraged to enter a competition as part of our ‘Be Part Of It’ campaign designed to put clubs at the heart of the Championships and provide them unique experiences and opportunities to engage and interact with the event.

Representatives from the club will start the Championships during the opening ceremony of the event and enjoy free tickets to watch the opening day’s action, when Great Britain’s women will take part in the team competition, vying to secure their place for the Rio 2016 Olympic Games.

The picture below is the club's winning entry that was chosen at random. 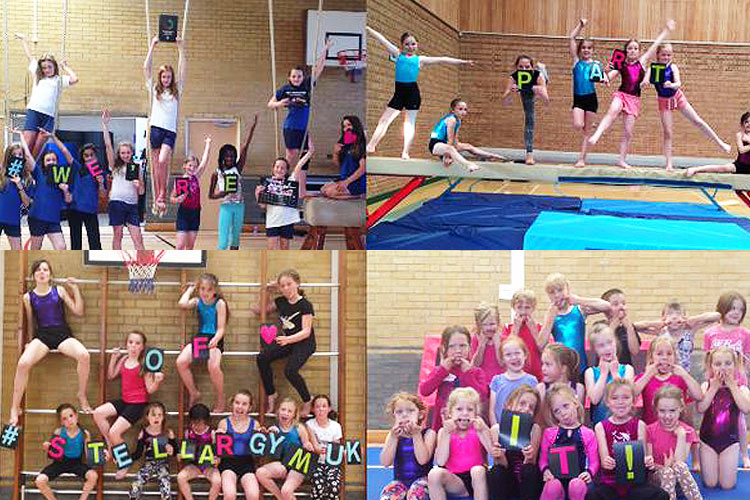 Stellar Gymnastics Head coach Hannah Fox started gymnastics at the age of ten and has loved all things gymnastics ever since. She has been involved in coaching for the past ten years, and still coaches voluntarily at her first club to assist new coaches on their coaching journey.

Hannah was inspired to start her own club after attending British Gymnastics’ ‘aspire to shine’ programme. She launched Steller Gymnastics Club on 10th January this year with 40 children attending a taster session and since then the club has more than doubled in size.

Thrilled to be the winners of the first competition, Stellar Gymnastics Head coach Hannah Fox said: “I started the club at the beginning of the year and we've had an amazing first eight months with lots of fantastic things happening, but to be told that we are going to officially start the 2015 World Gymnastics Championships is a very big cherry on top of a very large cake."

"The fundamental values of our club are inclusivity and a deep-seated passion for the sport and so when the ‘Be Part of It’ competition came up we knew we had to give it a go. I decided to have some of our different groups holding a word each so everyone in the club felt represented by the photograph. The gymnasts had a lot of fun taking the photos especially the ones where they got to pull a silly face."

"Going to the World Gymnastics Championships is going to be a huge event for the entire club and an unforgettable opportunity for those who travel to Glasgow. I remember being inspired by the Championships when I was little and I know our gymnasts are going to be amazed by the world class gymnastics on show. Maybe a Stellar Gymnast will represent Great Britain there in the future!"

Do you want your club to in with a chance of winning £1000 worth of Gymnova equipment? Check out our World Championships competition 2 that is now up and running. We’re looking to test your dance skills – remember the more creative the better!

Tickets for the World Gymnastics Championships can be purchased at, www.2015worldgymnastics.com.