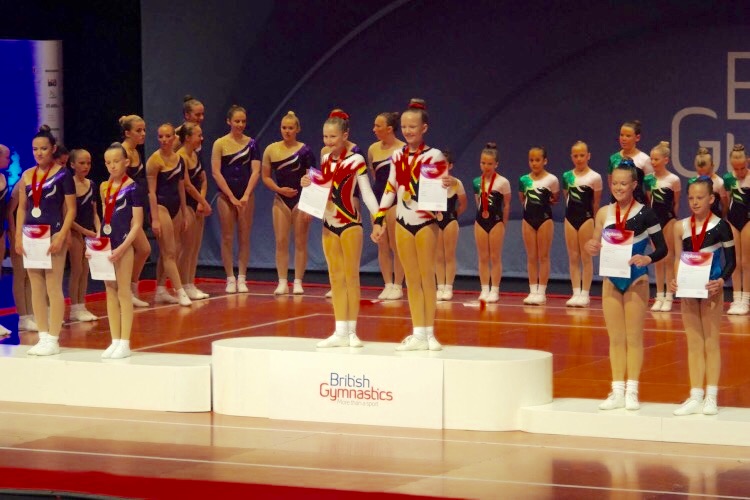 The first ever British Gymnastics Championship Series took place at the Echo Arena in Liverpool. Over 1500 gymnasts competed over four days in four different gymnastics disciplines; acrobatic, aerobic, teamgym and rhythmic. Gillingham Gymnastics Club entered into the aerobic gymnastics event and had spectacular success in the national development pair. They won a silver medal with Tia Kemp and Amber Jennings, along with the group 1 pair Olwen Noble and Elena Hamblin winning a bronze medal. Their foundation girls Chloe Thornton and Telleah Beaumont also placed 10th and 11th individually.

The club has been doing aerobic gymnastics for eighteen months now and it is going from strength to strength. They now have a very large and strong team preparing for the Alex Strachen Cup; another national event held in Guildford in September. The club is also working with the national coach and hoping to keep improving, ready to compete at the British Gymnastics Championhship Series 2016!