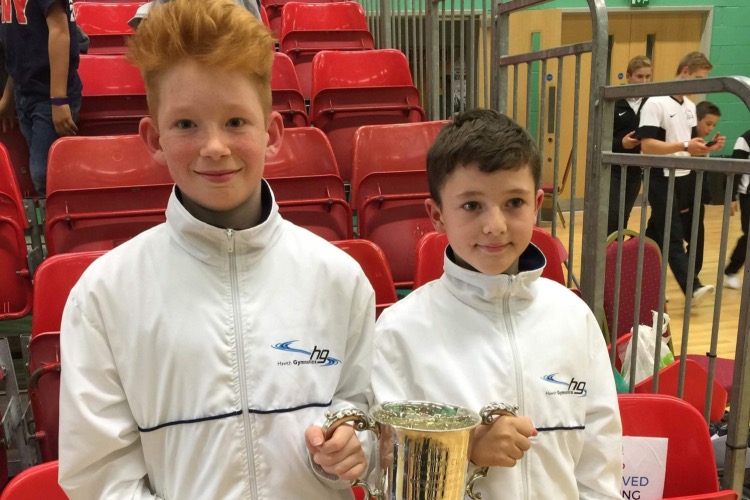 Crawley based Hawth Gymnastics had gymnasts spread across the South East, from Chichester to London, at the end of September and have again returned home laden with medals and awards.

The ever-busy men's artistic gymnasts were also out to impress at  the London Open; a prestigious event that has been running for over 100 years and attracts top talent from all over the world.

Harry Harrod finished 3rd in the Clayton Bolt competition seeing off over 30 of the top 14-year-old gymnasts in the country. His team mate Tom Killick could not compete on all apparatus due to an injury but he competed some new elements and finished in the top 10 on vault.
Patrick Smith competed for the Loveday trophy. Having recently moved up to a more challenging age group, he performed well and his highest scoring piece was parallel bars. The younger gymnasts took part in the London Development Open, where they had another chance to perfect their grades routines for the upcoming national finals. All of the boys performed well, with many improving their scores from two weeks prior. Highlights included Louis taking three gold medals (floor, pommels and rings) and a silver (all around) in the Club Level 5 event. Karl took a bronze all around medal and gold on parallel bars at Club Level 6. James won the rings at Club Level 1 and Reece took the silver all around medal for Club Level 2 with a gold medal and perfect score of 10.00 on vault. Full scores for all the categories can be found here.The final success of the weekend was when Hawth were awarded the Orion Development Cup for the club with the most top 6 finishes across the whole of the London Development Open. This award came with £250 prize money which to boys are very excited to put towards the purchase of a new rings frame in the near future.

This is the second time in a month that Hawth's men's artistic gymnasts have been rewarded for their overall excellence - having been presented with the President's Cup at the South East Qualifiers two weeks prior. Congratulations to everyone at Hawth Gymnastics.