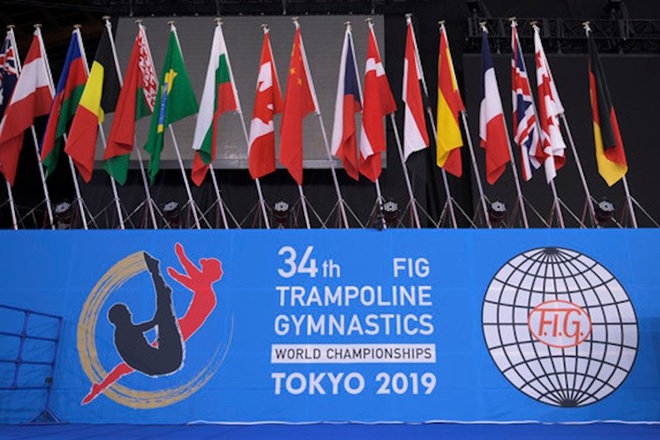 What a fantastic competition gymnasts had at the 2019 trampoline, tumbling and DMT World Championships in Tokyo.

Great Britain’s tumbling gymnasts produced a masterclass to take both the women’s team world title on the first day of finals at the 2019 Trampoline, Tumbling and DMT World Championships in Tokyo.

Having dominated in qualifying our women’s tumbling team controlled the final, with Megan Kealy performing the last routine of the whole final and nailing her landing dead to score 34.800 and seal the gold medal. Britain’s men’s double mini trampoline team had got the finals started and Rhys then unfortunately couldn't quite control his dismount and scored 30.800 giving the team a total of 104.800 to match their qualifying placing with a fantastic 5th.

Megan was the first to compete in the individual finals and in her senior world final debut showed great composure scoring 69.000 for her two passes.

You can read more about the championships by clicking here. 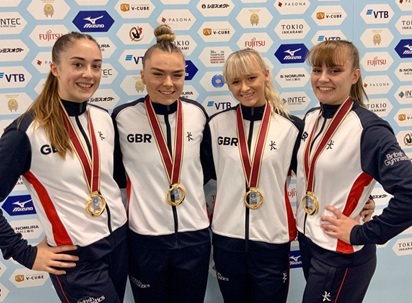