Kirsty On Her Way To Take On The World 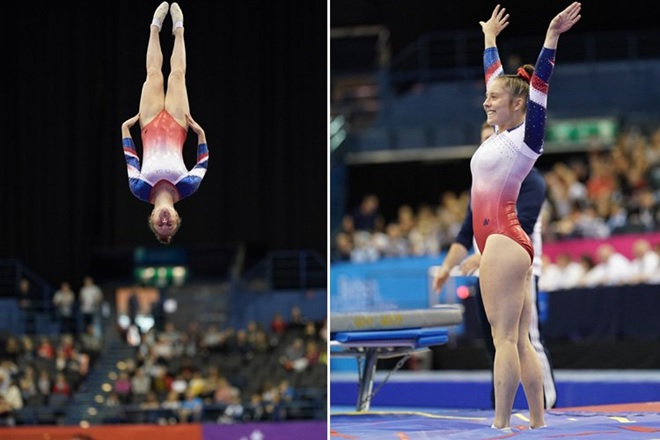 Kirsty Way is one of our most experienced double mini trampoline (DMT) gymnasts, with this month’s World Championships in Tokyo set to be her fourth as a senior.

Taking place in the Japanese capital from 28th November to 1st December, the 2019 Trampoline, Tumbling and DMT World Championships will see the very best go head-to-head, and for Kirsty, the excitement of representing her country is something that will never get old.

“The opportunity to wear the team's colours and wear the Great Britain flag is honestly a feeling that is indescribable; it is well and truly the biggest honour I could imagine.

“Every time I get selected to compete for my country the feeling of honour and privilege never eases! Each competition is just as exciting as the first one I was ever selected for, and it's safe to say that no trip is ever the same.”

The journey through 2019 hasn’t been the easiest one for Kirsty. A knee injury earlier in the year resulted in surgery which looked to have derailed her hopes of making the world’s team; but after swiftly returning to action, becoming British champion in September, there has been no stopping her.

“The fact that I was even selected for the team this year has exceeded all my expectations and goals for this season. It's safe to say I haven't had the easiest of years, but to be able to gain the British title and be part of one of the most exciting DMT teams to date is far beyond all my goals for the year."

“If I'm being completely truthful, I would love a team medal with the girls. If we were to come away with a medal around our necks it would be the highlight of my year!”

The opportunity to do just that will come at the brand new, state-of-the-art, Ariake Gymnastics Centre, which will host the gymnastics at next year’s Olympic Games.

The World Championships will be the first major event that the centre has held, and that, coupled with the prospect of competing against the best in the world, is all the motivation Kirsty needs.

“Every year, the standard of competition improves and it only drives me to want to raise my game and keep improving my passes. Being able to compete alongside some of the greatest gymnasts, and knowing I have the potential to be one of the best one day, still feels like a dream to me. It's a dream that I'm determined to make a reality!”

Good luck to Kirsty and all of the gymnasts heading out to Tokyo. Keep a look out for our full guide to following the World Championships, which we’ll be publishing in the coming days.