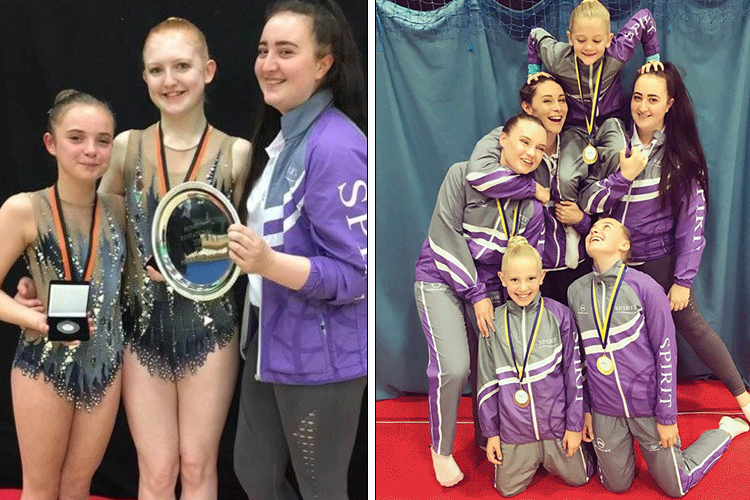 A gymnastics coach has been announced as the winner of the prestigious Young Coach of the Year Award, at UK Coaching’s annual ceremony.

Since taking over as Head Coach, Amy has helped to transform the club into one where gymnasts thrive.

Throughout what has been an incredibly challenging year, Amy’s inventive use of social media has kept gymnasts active at home and has kept spirits up despite members being in lockdown. Amy has also this year launched the club’s YouTube channel, which she has used to showcase training methods and highlight gymnast achievements.

Amy played a part in securing a £6,500 grant from Sport England to go towards the cost of coaching qualifications. This, alongside Amy’s positive influence, has seen a queue of young gymnasts at the club waiting to do their own coaching awards.

She has created a welcoming family atmosphere at the club, with the club’s retention rate through the pandemic standing at 90%, which is testament to that.

Amy was shortlisted for the award back in October alongside fellow Spirit Gymnastics Academy coach, Issy Haigh.

Reacting to the news, Amy said: "It was incredible that me [and Issy Haigh] were both nominated. We weren’t expecting it. And then for us both to make the final as well was just unreal. I’m speechless!

"The beginning of the year was the most successful year we’ve ever had as a club, so it was amazing. Obviously we went into lockdown and we just really had to battle through it but we’re ready to face 2021."

We would like to take this opportunity to send our congratulations to Amy on winning the award, and Issy on being one of the final nominees.