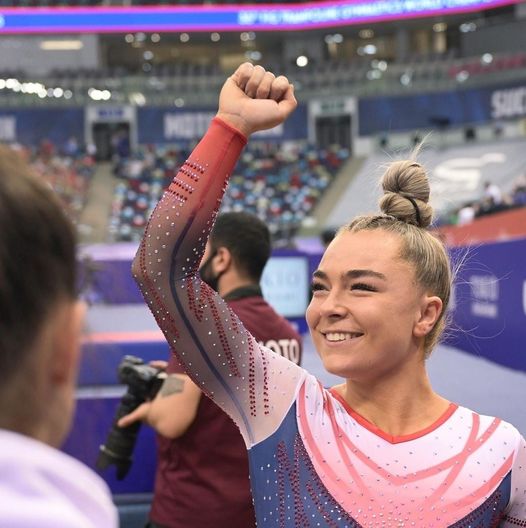 In an incredible final, Megan was flawless through both of her passes to add gold to the bronze medal she won yesterday with the team. Also competing in the women’s tumbling final for GBR was Megan Surman who finished in 5th place.

Megan had qualified through in 2nd place but saved her best for the final with two passes that will live long in the memory.

A world bronze medallist two years ago, her opening pass set the benchmark as she kept brilliant momentum down the tumble track to score 34.400. That score saw her in the lead at the half-way stage.

Speaking after receiving her medal, Megan said: "I didn't know what anyone else scored, but I knew I wanted to go out there and hit my two passes and it didn't really matter then. I just wanted to go out and do my best. I knew that the gold was in reach, and that I just had to hit some strong routines.

"I really can't believe it. It's a massive dream come true. It's something I've worked really hard for, so to see that result come through, it was big."