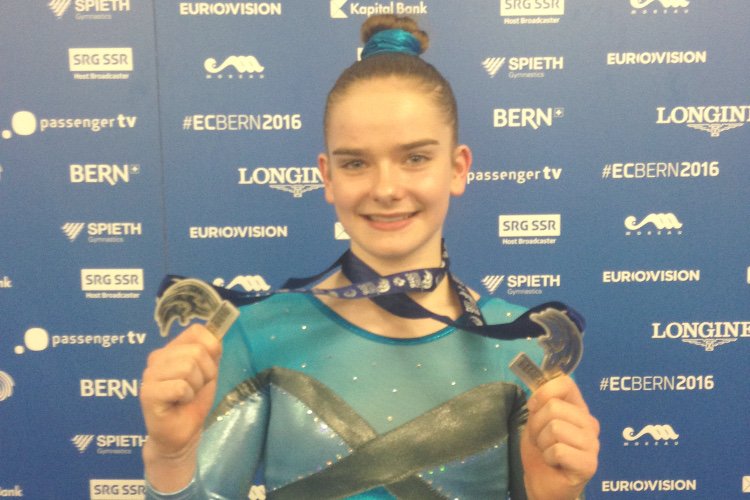 Alice Kinsella took the beam and floor junior silver medals to bring the 2016 European Championships to a close. Alice who trains at Park Wrekin showed great skill in her difficult routines to complete a memorable championship across the board for Great Britain.

She said after “It feels amazing I didn’t know this was going to happen. To have won our first junior beam medal is incredible. Overall I’m so happy with the whole week, it’s been the best experience of my life.”

The junior finals began with Alice Kinsella putting in an impressive bars routine to score 13.808 to take 4th place.

On beam Maisie Methuen was first up and produced in a beautiful routine, the joint most difficult of the final to score 13.733 for 5th.

Alice then followed up with both difficulty and high execution, her 2.5 twisting dismount had the smallest of hops to score 14.166 for the silver medal, the first ever junior beam medal for Great Britain.

Finally on floor Megan Parker started with a stunning performance to open the junior final, lots of expression and tidy tumbling skills to score 13.500. Alice then went even better with huge difficult tumbling work and crowd pleasing choreography to score 13.866 her second silver medal.

Juniors
A golden trio of City of Birmingham gymnasts led the way as they inspired Great Britain’s five-strong Junior Team to be crowned 2016 European Gymnastics Champions in Bern, Switzerland.
Joe Fraser (17), Donnell Osbourne(16) and Joshua Nathan(16) helped GB win the title for the fifth year in a row, sealing the triumph from Russia on the final apparatus.
with a team total of 253.436 points. Russia placed 2nd with 252.061 and Switzerland, cheered all the way by a very vocal home crowd, scoring 249.959 points to take bronze. Joe fraser was last up and coped with the pressure magnificently and commented:

“All the pressure felt like it was on me, competing the last routine. It was really close with Russia throughout the competition so we knew we had to pull out our best routines at the end,” 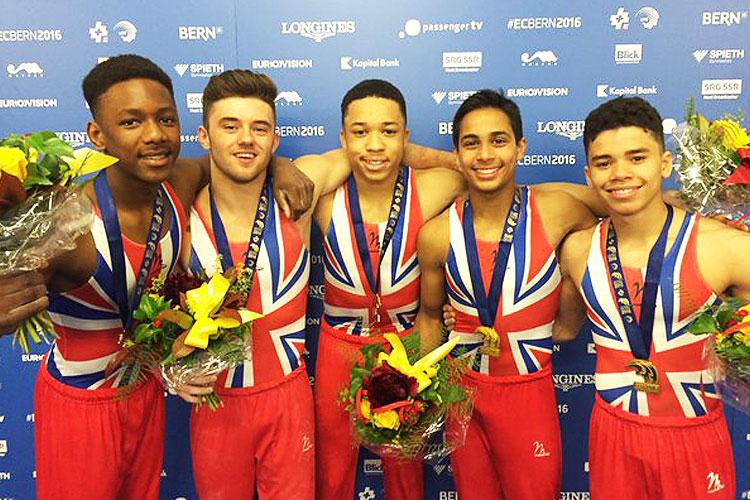 In the individual All Around Championships Joe’s success continued as he took the bronze medal place on the podium along with a further individual apparatus gold on parallel bars and bronze on pommel horse.