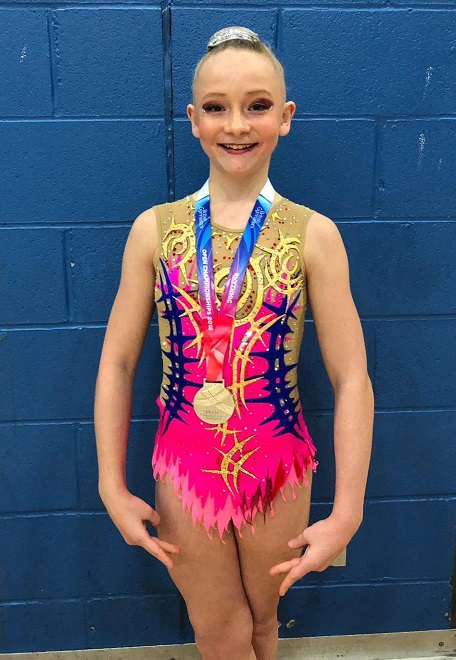 There was more success at the final domestic National competition of the year over the weekend of November 24th and 25th.
In the Pre-Junior Open Individual Championships there were medals for Georgia Smith (Worcester) who took silver for her Clubs routine and for Prisha Rai (City of Birmingham) who took bronze in the Ribbon section.  In the Espoir category Elena’s Francesca Tacud placed 4th. 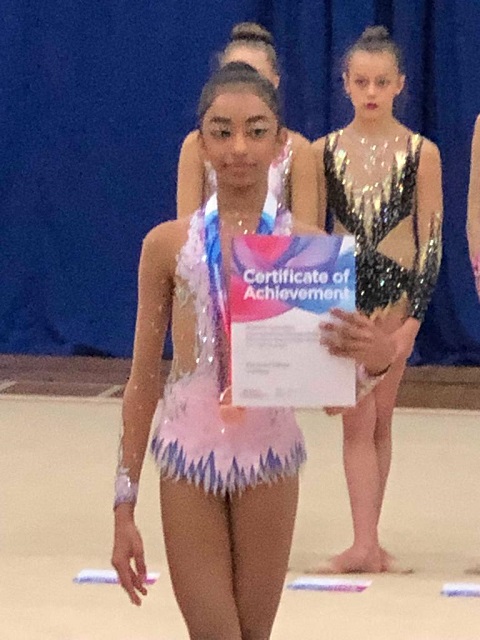 The Region’s Groups were competing in the third and final round of the 2018 Group Leagues which in turn contributes to the final league standings.  Results as follows:- 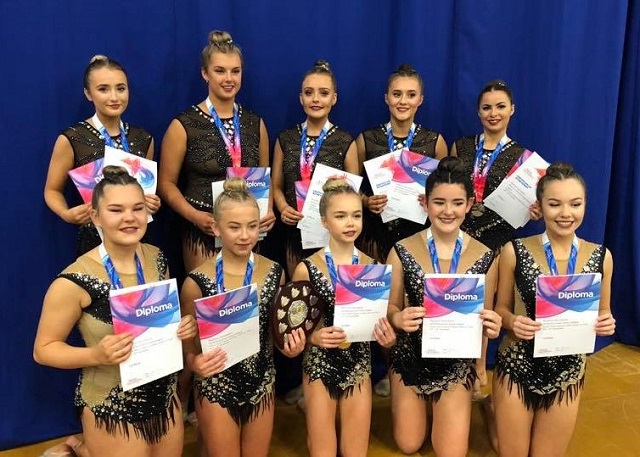 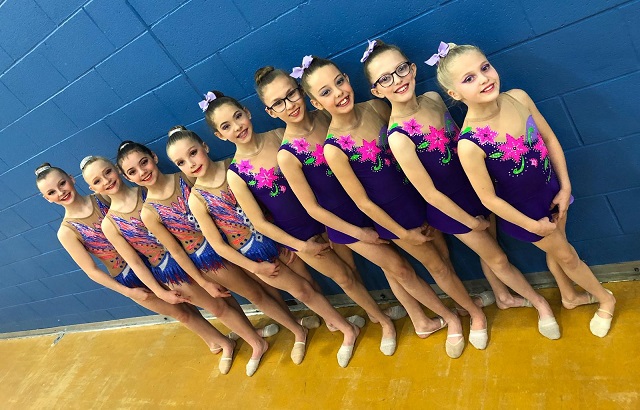 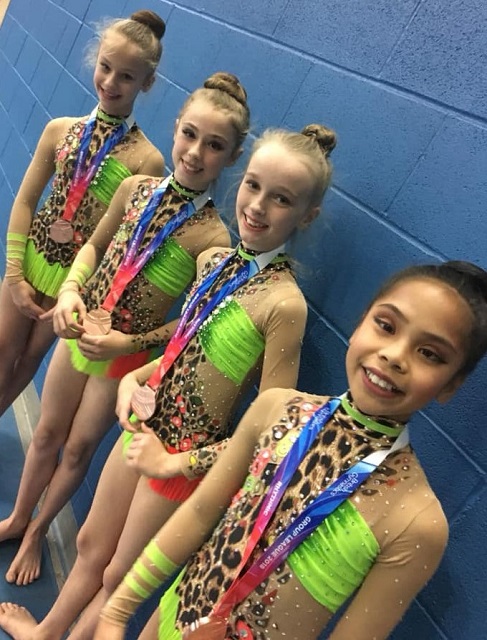 A full set of results can be found here to event finder section on main BG website.

The event also marked the retirement from competitive gymnastics of four of the five City of Birmingham Thorns – wishing Bess, Lauren, Nicole and Tash every success on the next stage of their journeys!