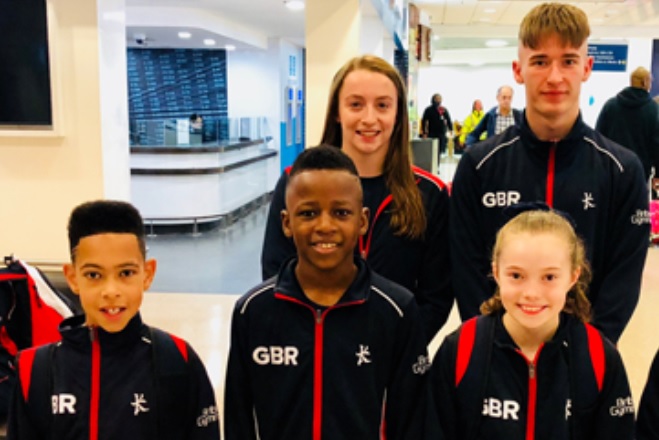 5 gymnasts from the West Midlands region were selected by British Gymnastics to represent Great Britain at the Loulé Cup in Portugal. The selection came off the back of the results from Spring Series 2 (Sheffield) – which is one of the qualifying events that advance onto the British Tumbling Championships. All 5 West Midlands gymnasts performed and scored high enough to be selected for the international assignment, which took place 4th-6th October 2018.

UNDER 13YRS BOYS: Otis Mason & Shakiem Dixon
In the under 13yrs boys category we had 9yr olds Otis Mason (Revolution) and Shakiem Dixon (City of Birmingham), both who were probably the youngest competitors in the boys category. The boys competed in Friday 5th October in the preliminary round; Shakiem qualifying 5th place and Otis in 2nd respectively. The following day; Saturday 6th October, the boys took part in a one run final with all scores being brought back to 0.00 for a level playing field.

Shakiem was first up out the GBR boys and competed a fantastic run of 5 whips, flick, double pike which scored a huge 30.70 scored, bumping his placing to 3rd. Shakiem was delighted to win the bronze medal.

Next up was Otis, who competed a run of 5 whips, flick, double tuck which scored 30.80 securing the silver medal behind GBR teammate; Mason Tudgay from Derby City. It was amazing to witness the podium being dominated by GBR gymnasts, taking all 3 medal positions. This was both Otis and Shakiem’s first international. 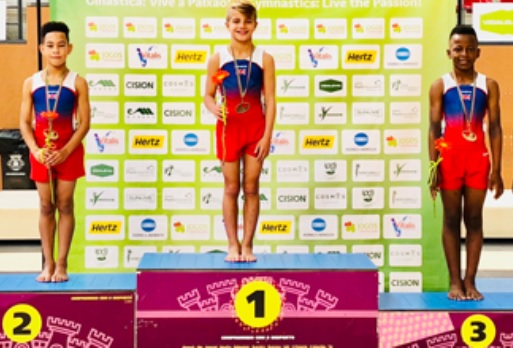 UNDER 13YRS GIRLS: Alicia Field
In the under 13yrs girls category, 10yr Alicia Field (Revolution) competed in the preliminary round on Friday 5th October as one of the very youngest in the age group, which saw 32 girls aiming for a place in the final. She and the GBR team were delighted that her combined score for both prelim runs enabled her to advance to Saturday’s final and in 1st place!

In the final, Alicia, competed a run of 5 whips, flick, double pike which scored a 30.90, securing a well deserved silver medal, behind Australia’s Tamia Fonua. Alicia shared the podium with fellow GBR teammate Darci Tierney. This was Alicia’s first international. 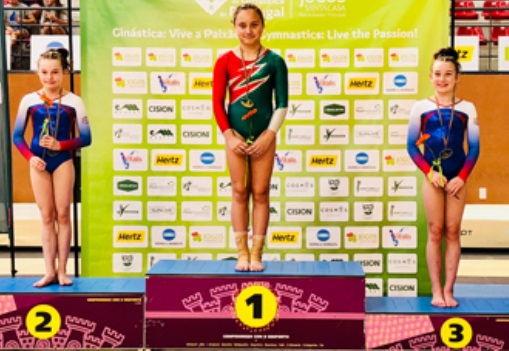 JUNIOR BOYS: Marcus Adams
The junior boys age group saw Marcus Adams (City of Birmingham) compete in the preliminary round on Thursday 4th October. Due to a competition delay, he did not actually compete until 10.20pm on the night-time! He performed 2 runs which scored a combined total of 62.50 qualifying into the finals in 3rd place.

The finals took place on Saturday 6th October, Marcus had to perform 2 runs in the final. He successfully competed a run of double straight transition into 3 whips, flick, full-in pike and then a run of 5 whips, flick, triple tuck which scored a combined total of 64.00. this secured Marcus with the silver medal just 0.1 behind Portugal’s Vasco Peso. 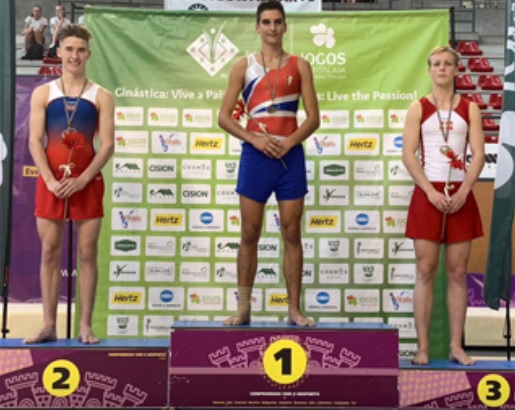 OPEN GIRLS: Megan Surman
Megan Surman (City of Birmingham) competed in the open category alongside GBR teammate Eleanor Head (Pinewood). Megan had an amazing preliminary competition, scoring a coming scored of 63.90. She performed a double straight transition, which is extremely difficult for female tumblers and also performed full in, straight in her 2nd run. Megan qualified into the finals in 1st place!

Unfortunately, in the final on Saturday 6th October, Megan’s first run did not go to plan so suffered a heavy deduction. However, she pulled it back in run 2 which was 5 whips, flick, full-in straight. This placed Megan 5th overall. Megan is pictured on the left on the photo. 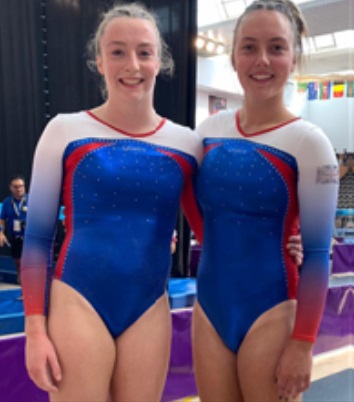