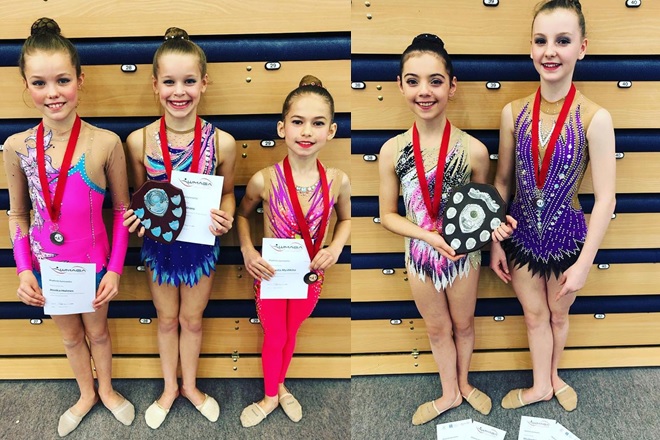 The Zone C (East, East Midlands and West Midlands) National Development Plan grading took place at GMAC on Sunday April 14th.  Gymnasts who passed the British Qualification Testing in February were looking to achieve scores which would qualify them for the 2019 British Championships which take pace at the M&S Bank Arena in Liverpool in July with the remaining gymnasts seeking qualification for the National Development Plan Finals at Fenton Manor in June.  Regional and Zonal titles for each age group were also at stake.

The qualification scores for the British Championships and NDP Finals will be confirmed by the National Rhythmic Technical Committee shortly, but the 2019 Regional Champions are as follows:-
• Senior- Livia Harcan (Elena)
• Junior – Isabella Garsten (City of Birmingham)
• Under 12 – Eva Yordanov (Worcester)
• Under 11 – Ayumi Dunbar (City of Birmingham)
• Under 10 – Isabel Hirons (Worcester)
• Under 9 – Lily May Grice (Elena)