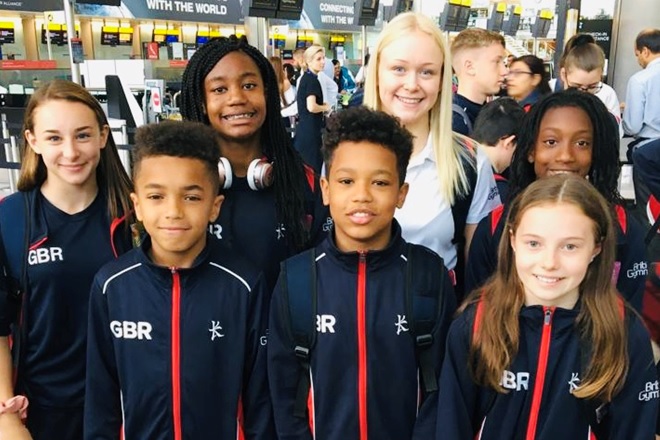 7 of the West Midland’s elite tumbling gymnasts (who are part of the national squad) were selected by British Gymnastics to represent Great Britain at the Scalabis Cup, which is an international friendly competition. From Revolution; Ashleigh Owen, Bailey Forbes, Jaeda-Lei Jeffers & Alicia Field, from City of Birmingham; Sebastian Deans, Hope Sutherland & Mia Bevan. This took place in Santerém, Portugal. The event served as the final qualifying event for those who are hoping to be selected for the World Championships taking place later this year in Tokyo, Japan. Fingers crossed some of the tumblers get selected based on the qualifying events and their performances at this international.

The preliminary round of the competition served as a qualification for the top 8 scoring individuals per gender and age category to advance to the finals, but also served as a team final for the countries involved. 6 of the region’s tumblers were part of gold medal winning teams and 1 was part of a team silver for their respective age/ gender category!

Under 18yrs Women
Bronze: Ashleigh Owen (Revolution)
4th Place: Mia Bevan (City Of Birmingham)
Both Girls Actually Gained The Same Total Score In The Finals, But Due To A Tie Breaker Rule, Ashleigh Came Out With A Higher Execution Score.

The gymnasts from West Midlands 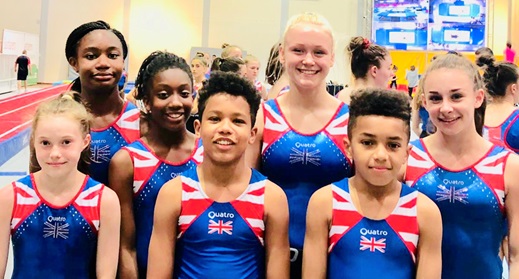