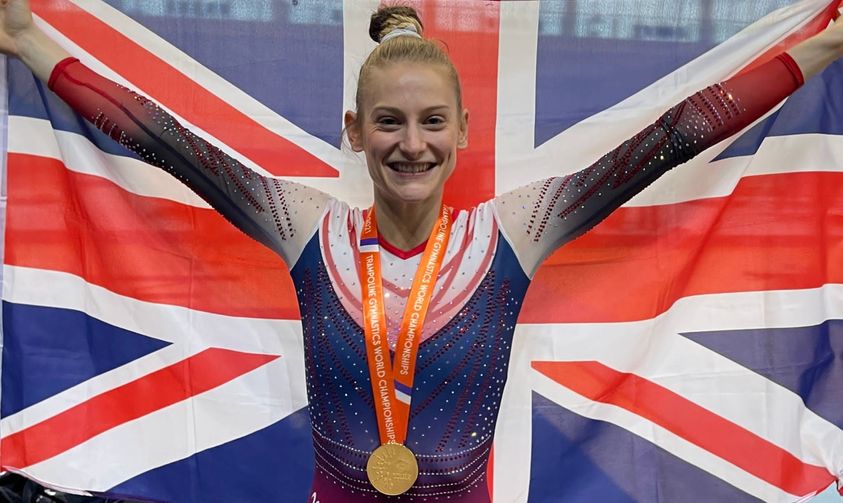 A sensational routine in the final blew away her competitors as she sealed gold to go with the Olympic bronze she won earlier this year in Tokyo.

Speaking after being presented with her gold medal, Bryony said: “I’m overwhelmed. It hasn’t really sunk in. I’m just happy to have got out there, completed a routine and added in my new skill to the end. That felt really nice.

“I improved my scores from the other day and competed a routine close to what I think my potential is, so I’m really happy with that.

“I wasn’t sure if it was going to be good enough for a medal, let alone the top place on the podium, so it’s really special. Standing on top of the podium with the national anthem playing was such a special moment.”

Having qualified for the final in third place, Bryony upgraded her routine for the final and it more than paid off. She competed the hardest difficulty routine of all eight competitors in the final, and she executed it to near perfection to make sure of another major championship medal.

Throughout the routine she stayed central to the bed with minimal travel to post a score of 56.235 which couldn’t be beaten.

Earlier in the week, Bryony had qualified from prelims in third place, and then equalled that in the semi-finals, progressing to the final in third.

Gold in Baku caps off a remarkable year in which she has already won Olympic bronze and adds to a growing collection of major championship medals in a glittering career to date.