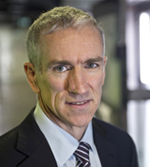 Mike joined the Board of British Gymnastics in March 2019. He is an experienced executive with an extensive track record of leadership, strategy and delivery across television, publishing and telecoms.

Mike is currently the Chairman of M247, the private equity owned B2B technology services business as well as a board director for Sky New Zealand and for Arqiva. He has previously worked as CEO of News International and spent 15 years at Sky as Director of Strategy and then Chief Operating Officer where he played a prominent role in most of Sky's major strategic decisions during this period. This included the acquisition of major sports broadcast rights including the Premier League, Champions League, Formula One and others.

Mike was a competitive gymnast in New Zealand as a teenager, and later a coach and judge and is now making a late start on a veteran's athletics career. 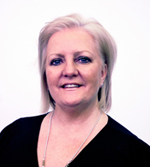 Elected at the AGM in October 2019 to the role of President as the first female President of British Gymnastics. A highly experienced businesswoman and Executive Director most recently within the electronic security industry.

Helen is Vice President of the Commonwealth Games Confederation and Chair for Commonwealth Games Wales. Recently retired from the role as Chair at Welsh Gymnastics, Helen is credited for leading the significant transition and modernisation of the NGB. Incredibly well networked across the national and international sporting landscape, Helen is a well-respected Non Executive Director who leads with strong governance values and personal integrity.

An eager participant of the sport in early years, later as a coach and international judge, Helen is a passionate believer in the positivity that local gymnastics clubs can have as a vehicle for social change in communities across Great Britain and Northern Ireland. Helen recognises the impact that world-class role models can have on the next generation of aspiring gymnasts and will strive to develop the Great Britain talent we have. 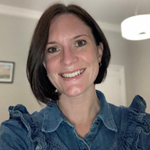 Joanna Madyarchyk is a former British freestyle wrestler who has been involved in coach development as a volunteer for over 15 years.

Having competed a World Championships and Commonwealth Games, she has also been an international referee for United World Wrestling. 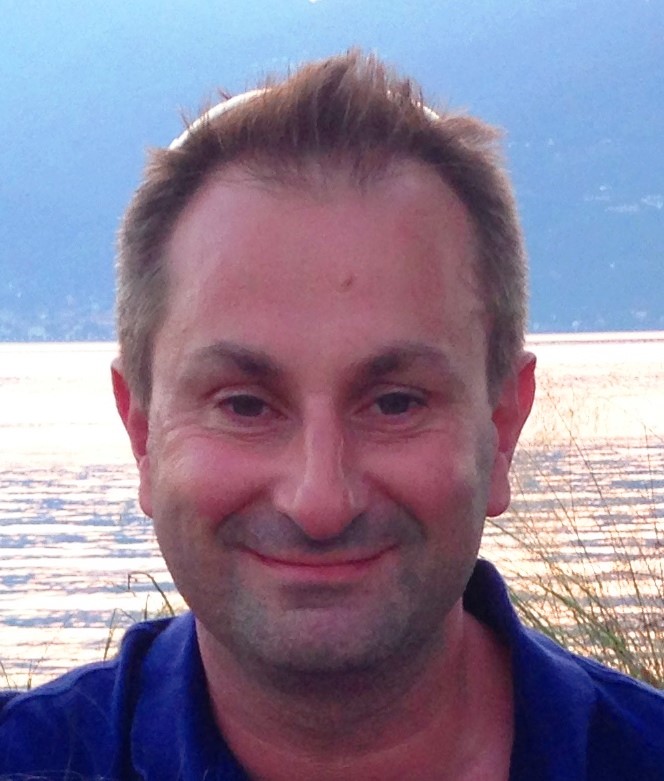 Alastair is sports marketing specialist having previously worked as a Senior Executive and Board level operator with over 20 years of experience in the sports industry. He has a broad skills base covering marketing, sponsorship, digital change management, major events, fundraising and participation having worked with leading sports marketing agency, Octagon, major International brands such as AVIVA, Sainsbury’s and McDonalds as well as two of the countries largest sports governing bodies in the Rugby Football Union and the Lawn Tennis Association.

Having founded a new sports business consultancy Line 7 Consulting he now specialises in supporting sports organisations and businesses to develop clear plans to grow participation and commercial opportunities all built around a clear understanding of why they do what they do. Howard is a Fellow of the Institute of Charted Accountants in England and Wales and currently is CFO of Alliance Medical, Europe’s leading independent provider of medical imaging services, having previously worked in senior finance positions within Misys plc.

Howard has significant experience in developing and implementing new strategies within organisations as well as establishing good governance practices. 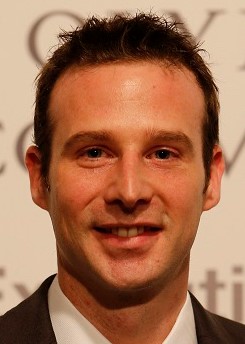 Adam Pengilly is a former skeleton athlete who has been involved in sports administration for 15 years, both at national and international level. A two-time Olympian and World Championships medallist, he has represented athletes on various athlete commissions as well as sat on the boards of London 2012, the International Bobsleigh and Skeleton Federation and the British Olympic Association. He was an IOC Member for eight years and WADA Foundation Board member for six. Adam holds an MBA with specialism in corporate governance in international sport and runs his own modest sport consultancy business. Gary currently works in the NHS championing his work on staff engagement, compassionate leadership, inclusivity, and health and wellbeing.

Gary's career began in aeronautical engineering having joined the Royal Air Force as an engineer officer.  He has worked in UN and NATO operational environments in aircraft operations, airworthiness, and defence operations in often austere conditions around the world.  He has worked extensively in collaborative international exchange roles as an integral team member within the United States Air Force, French Armed Forces and the Canadian Armed Forces in advanced technologies, executive education, and command and leadership; the latter for high potential senior leaders. Gary also has experience in the commercial sector as a senior resource manager and consultant for global engineering and talent service providers.

Gary's involvement in sport began as a qualified rugby union coach and referee, and then progressed to becoming Chair of Trustees of a local gymnastics club that has progressed from using a rented community hall part-time to a full-time, professional charitable entity, with its own fully-equipped gymnasium and coaching team.  Gary is also a parent to a former Commonwealth artistic gymnast.

People and resource management has always played a key part in Gary's career from the beginning and he enjoys nurturing leadership talent, and helping individuals and teams seek solutions to problem patterns, self-reflect, and achieve cultural change on a personal and group basis.  Gary is a qualified executive coach and psychometric facilitator, as well as a Chartered Engineer, and Fellow of the Institute of Leadership and Management. 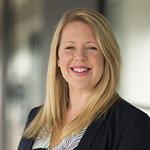 Tracey joined the board of British Gymnastics in March 2022 seeking to use her experience and skills to further the sport and contribute to the success of the organisation. Tracey is a solicitor of over 14 years’ experience, and a Partner in top 100 law firm Hugh James. She has particular expertise as a litigator specialising in sports law and has acted for a range of sporting bodies ranging from small recreational clubs to national NGBs and professional sportspeople.

From 2013 to January 2022 Tracey served as a non-executive director of Welsh Gymnastics, and in that role helped guide the NGB through a period of significant growth and success. During that time she worked on key projects including governance improvements, commercial work and safeguarding projects. She therefore brings significant knowledge and experience of the gymnastics sector together with specialist knowledge and skills required in running her business in private law practice. 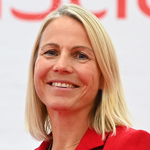 Sarah is an experienced leader with over 20 years’ experience of working in sport. Sarah joined British Gymnastics in October 2021 from Sport Wales where she had been the CEO since 2012 and the first woman to hold the position. Sport in Wales saw a period of significant success during her time at the helm, with increased Olympic and Paralympic success, record-breaking back-to-back Commonwealth Games 2014 and 2018 and seeing more people participate and enjoy sport at all levels across Wales.

Sarah has had numerous board roles, Ryder Cup Wales Limited and more recently as the Chair of the Women’s Equality Network Wales 2020-22, where she campaigned on Women’s issues and led the call for a Wales free from gender discrimination.

Sarah has a degree in Psychology and a PGCE teaching qualification. Sarah received an Honorary Doctor of Science from Swansea University in 2017 and was a member of the Universities Advisory Board for Sport and Health Sciences.

Alongside her professional career, Sarah played international hockey. She captained Wales winning over 70 senior caps, playing at the 1998 Kuala Lumpur Commonwealth Games before retiring from international competition. More recently, Sarah has caught ‘the running bug’ and has completed the London Marathon twice. 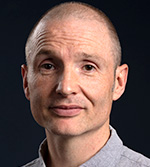 With experience in the areas of commercial, insight and strategy, Ryan is passionate about understanding the needs and desires of audiences, and working to drive brand advocacy.

After an initial career in technical training and support, Ryan became an account manager for Microsoft, managing performance and identifying trends through KPI data. He later joined Microsoft as Channel Marketing Manager based in the USA for a number of years defining retail marketing strategies, managing multiple agencies and driving stakeholder alignment.

Before joining British Gymnastics in 2014, Ryan was Director of Retail Training & Advocacy at Momentum, London where he was responsible for defining the discipline and service offering in line with the Momentum brand and capability and advising clients on creating effective strategies for retail staff engagement, in line with their brand promise. 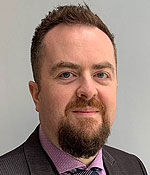 Gareth has over 20 years' experience in finance, commercial and governance. He is keen to implement a flexible structure of governance and best practices with a view to creating a sealmess finance function that would meet our members and customers' needs. Gareth is passionate about continuous improvement and freeing ourselves from the status quo, designing our own future and with his "can do" attitude making them a reality.

Gareth started his career in practice working for a local Chartered Accountants. He later made the move into industry and became a Finance Controller for Xerox being responsible for the UK ITO division. Gareth then progressed to a European Finance Director for Xerox overseeing all aspects of finance including approving all commercial contracts and cost models, external and internal audit, weekly reporting and forecasting, accurate timely management information as well as the day to day finance functions.

Prior to joining British Gymnastics in July 2019, Gareth was a Company Director and Finance Director at Grange Fencing Ltd based in Shropshire where he was again responsible for all aspects of finance, governance and commercial focusing on cost reduction initiatives. Gareth joined the British Gymnastics Board in January 2020 as an Executive Director being responsible for Finance, Commerical Operations, Product Development and Management and Membership and Community Services. He is a member of the Association of Chartered Certified Accountants, Assocation of Accounting Technicians and Chartered Management Institute.