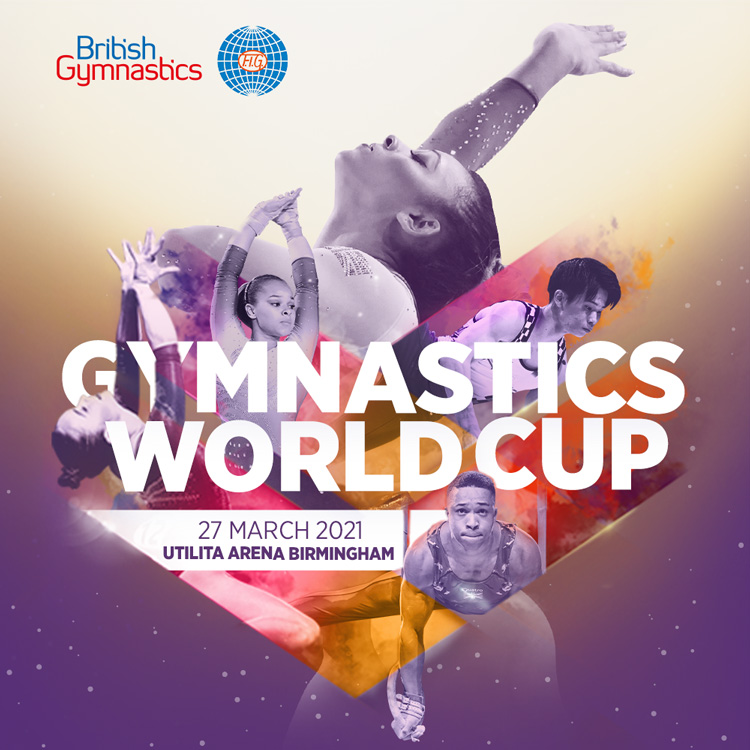 Olympic year is here and the Gymnastics World Cup is bigger than ever before! In this major global event, watch as top international gymnasts from all over the world battle it out for a spot at the Olympics in Tokyo. As the only Olympic qualification event in Britain, and with more gymnasts than ever before taking part, this is a must for all gymnastics and Olympic Games fans to cheer on Great Britain’s gymnasts before they fly to Tokyo.

Part of the International Gymnastics Federation (FIG) World Cup Series, watch as 12 male gymnasts go for glory. Who will show flair and stamina on the pommel horse and floor, demonstrate extreme strength on the rings, and pull off strong routines on the vault, parallel bars and high bar? Our 12 female gymnasts will wow the crowds with grace and composure on the beam as well as unleashing power yet control on the vault and uneven bars.

With the all-around champion of each session taking the maximum Olympic qualification points home for their country, the pressure will be on to perform perfect routines. The atmosphere will be electric. The competition will be tough. Make sure you’re part of this historic event.