From the 5th July until the 7th July a one off three part mini-series “Let’s Get Gold” will kick off on ITV as fifteen sporting teams will compete against each other for the grand prize of £100,000.

The show will be hosted by TV and radio presenting ace Vernon Kay, with a special judging panel consisting of Rio Ferdinand, former England Football International, Andrew “Freddie” Flintoff another ex-International athlete, “The Saturday’s” popstar Una Healy and Television personality Martine McCutcheon. Over three nights’ five acts will compete each night, with the final to be broadcasted on ITV Saturday 7th from 8.25pm to 9.55pm.

Vernon Kay who is to host the shows has been quoted saying, "With the Olympics just around the corner and sport fever hitting the UK, this show provides the stage for local sporting teams to show off their skills and sporting prowess in breath-taking performances”.

Air Gravity
Six trampoline gymnasts from Northamptonshire Trampoline Gymnastics Academy (NTGA) make up the team called Air Gravity. The team consists of four times British Champion, World and European finalist James Higgins, Jaime Halsey who is a former Olympian (2000), Steve Walsh, Amanda Harris, Penny Mitchell and Oly Boag. Air Gravity are based in Northampton and are hoping to win the £100,000 winning prize, to enable the club to expand its facilities.

Acropolis
Competing as ‘Acropolis’ the team from Deerness Gymnastics Academy consist of: Jesse Heskett (17) Matthew Evison (19) Dorian Walker (21) Richard Hurst (21). “This is a once in a lifetime opportunity for our senior men’s team and also Deerness Gymnastics Academy. I am really proud that the nation will be able to see the fantastic skills and hard work that led this team to become world champions,” said Karl Wharton, director of gymnastics at DGA.

Cheer Revolution
Charity group Sussex Tornadoes from the “Cheer Revolution” are in training and are looking to take the competition by storm. The cheerleading school are an organisation that are willing to work extremely hard and go all the way to the big money prize!

Team Infinifty
Team Infinity are a gymnastics group from the south of England, who have qualified for the European Championships, a combination of strong athletic males and females, hoping to beat the competition and win the grand prize of £100,000.

Good luck to all the groups performing.

Further updates and clarification for clubs in England 25 Sep 2020 We have been speaking with Government to raise questions and look for clarifications on the aspects of the new... 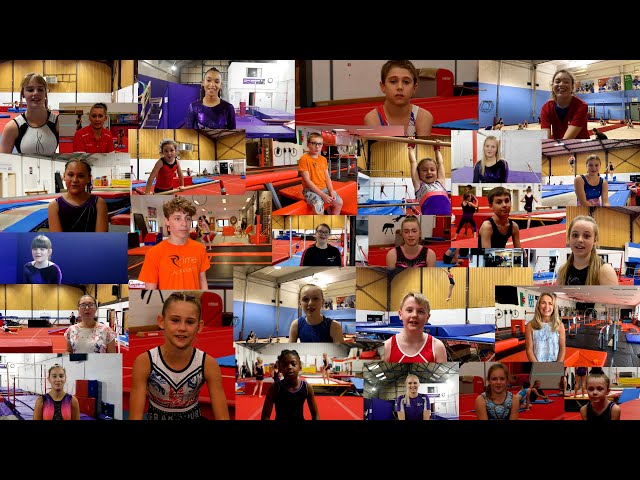 What your club means to you 25 Sep 2020 It’s been great to see so many gymnasts returning to the gym and supporting clubs across the UK.  We know lots...

Introduction of NHS QR codes for venues in England and Wales  22 Sep 2020 Update on Boris Johnson's briefing to the House of Commons  We are in contact with Sport England and the...

No day is the same – Eve’s story for UK Coaching Week 18 Sep 2020 Gymnastic coaches up and down the country have been adapting their practices to virtual means over the past few months,...