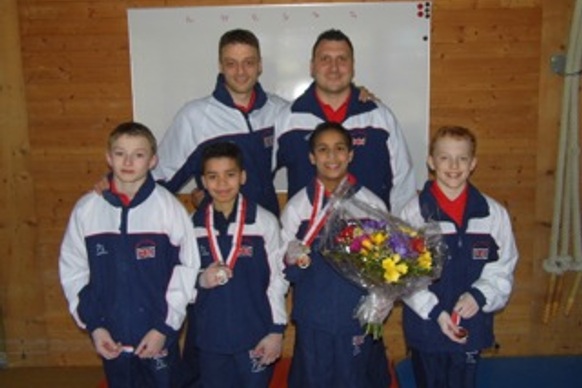 The 2013 Rheintal Cup took place from the 13th-14th April in Widnau, Switzerland, with the GBR men’s juniors coming away with some fantastic results.  Joshua Nathan from the City of Birmingham took first place all-around and first in the floor final. Woking gymnast, Jamie Lewis was hot on his heels in second all-around and he also took third place in the high bar final. Euan Cox (Pegasus GC) and Korben Fellows (City of Birmingham) took7th and 21st all-around in their first international for GB.

Congratulations to the entire delegation on such fantastic results, including team coaches, Simon Elliott and Ovi Rugina and judge, Adam Paterson.

Full results can be found by clicking here (scroll down to programme 5).