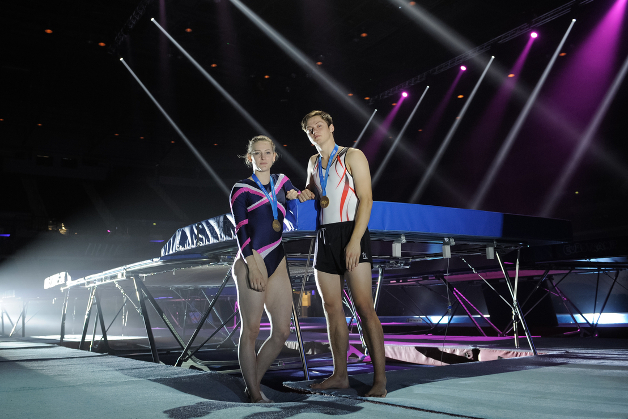 The superb venue had lights and lasers to greet the gymnasts; which along with appreciative crowd combined to create an atmosphere on par with any major championships with the gymnast’s delivering routines to match.

All of the competing gymnasts will have had ambitions not only of British medals but also places in the GBR team for the forthcoming World Championships and World age-group competition taking place in November in Florida as the weekend acted as the first trial for a place on the squad.  The routines were high quality and executed under high pressure with the level of performance across all the age groups highly encouraging.

It was the senior events that were the showpiece finals and they certainly didn’t disappoint.

Reigning champion Bryony Page from Sheffield Trampoline Academy took the senior women’s trampoline title in a tight battle with 2012 Olympian Kat Driscoll. Kat held the overnight lead after two routines but Bryony fought back with the third and final performance on the last day to nudge ahead scoring 154.120 to Kat’s 154.070, both results hugely encouraging as the girls look ahead to the World Championships amongst the high calibre GBR women’s team.

Bryony Page said after:  “I’m really surprised as I made a few mistakes on day one but focused today on putting in a good routine and it worked, I’m so happy to be British Champion once again. I had nothing to lose with the final routine and I really focussed hard on getting rid of any errors. This result means the world to me and with the trials for the World Championships on-going it should really help me, we have a very strong British team and just to make the line-up is tough which shows how much the sport is developing and how high the standard in this country.”

The men’s trampoline event was a battle between club mates from OLGA Poole.

In the end it was Lewis Bartlett that took the gold scoring 160.750, he was almost speechless afterwards saying: “It’s amazing, still a bit unreal. I knew I’d put the work in so to see it come off today, I’m really happy. I’ve dreamt of becoming British champion and can’t really believe it’s happened today.”

World and European  tumbling champion Kristof Willerton once again took the gold medal as his dominance of world class tumbling continues. Kristof had stern competition from his GBR teammates and his routines were not completely error free as he often is, but his class and determination guided him through to a title winning total of 74.800 points, he said after: “It’s been a pretty incredible year, today wasn’t perfect by any means but I managed to stay relatively consistent over all the routines. The level of competition is very high so you can’t afford to make big mistakes. We have a very talented team of gymnasts and really supportive coaches and that keeps you motivated to go on and perform for yourself and for Great Britain.”

Lucie Colebeck took the women's tumbling crown in perhaps the most competitive of all the finals as she was up against her hugely experience and exceptionally gifted GBR teammates. Lucie powered to a total score of 137.400 over four runs to take the gold ahead of 2013 champion Rachael Letsche  in silver 136.00 and Heather Cowell in bronze 118.900 , all three girls will have ambitions to make the GBR team and contest the medals at the World Championships.

Lucie said: “It's unbelievable, there’s big competition within the British senior team so it’s amazing to win the gold. Last year’s British Championships didn’t go so well for me so I’ve been working really hard and focused on putting in a good performance this weekend. I’ve gained a lot of experience competing for Great Britain and it’s definitely helped me competing today”

Reigning double-mini trampoline (DMT) champion Nicole Short of City of Liverpool once again proved her class to take the title on home turf in front of an appreciative local crowd. Over an epic six routines Nicole scored 202.800 points to win ahead of British teammate Georgia Downing, Nicole said after: “Today went really well, I felt after yesterday I wasn’t quite happy but today went a lot better and the scores combined system worked for me. The routine today was a big part in that result, being in first place overnight gave me the confidence to go out there today and put in a strong routine. Looking ahead towards the World Championships I’m feeling good and hope I can put in a performance for the British team.”

Finally the men’s senior DMT crown was won by Nathaniel Scott, the GBR team member scoring 215.300 to comfortably take the prestigious title, he said after: “It feels great to become British champion in such a difficult and experienced category, especially in this great arena. The atmosphere definitely helped to lift my competition. Next week it’s the second trail for the World Championships and I want to again keep proving my consistency and hopefully be on that plane to Florida!”

The full results from all the weekend’s events can be found here. 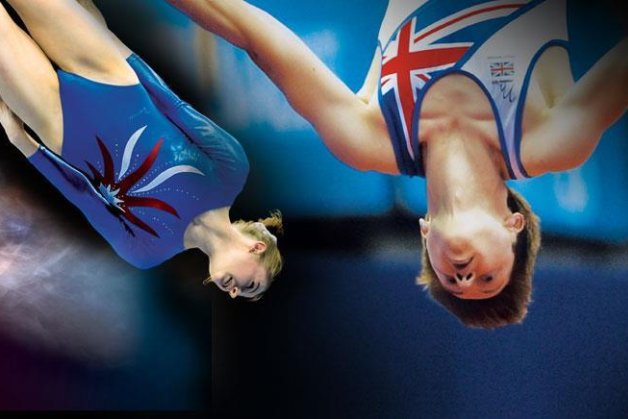 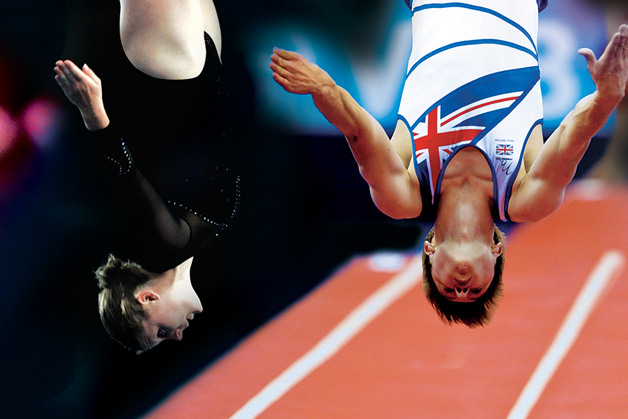 How to follow the Trampoline, Tumbling and DMT British 18 Sep 2014 The 20th and 21st September sees the country's finest trampoline, disability trampoline, tumbling and double-mini... 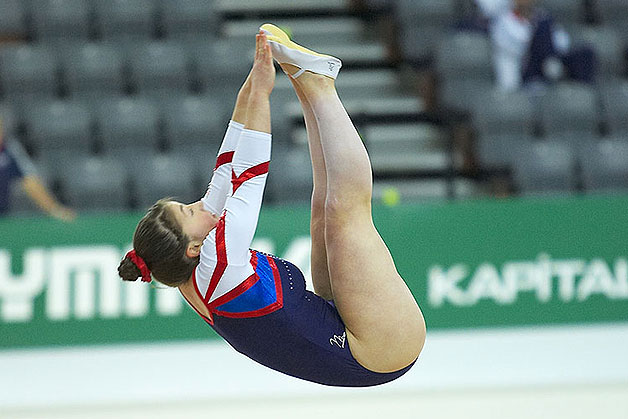 Five minutes with first year senior Pamela Clark 17 Sep 2014 Ahead of the 2014 Championships we caught up with City of Liverpool trampoline gymnast Pamela Clark. Pam is a member... 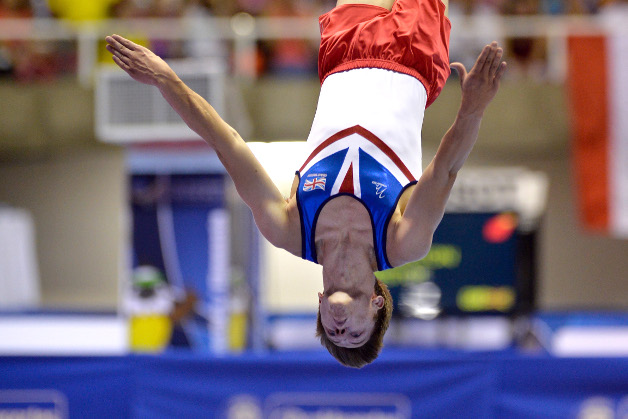