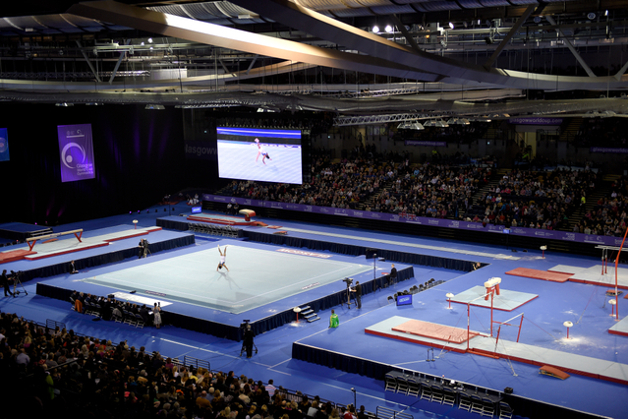 A wonderful weekend of gymnastics action at the Emirates Arena in Glasgow came to a close with Britain’s most promising young male gymnasts in action.

The under 14 and under 12 British Championships saw the boys take to the same apparatus used by the senior gymnast in the prestigious World Cup, giving the younger gymnasts the experience of big arena competition.

The under 14 British title went to Woking Gymnastics Club’s Jamie Lewis who impressed to take the gold with 82.200 points putting him well clear of the field. Euan Cox of Pegasus took the silver scoring 76.000 with Patrick Murphy of Huntingdon just behind with 75.600 for bronze.

In the under 12 championships Victor Yeo of Exeter Gymnastics Club took the title scoring 75.600 with Emilio Regini-Moran of Europa in silver scoring 72.600 and Kai Yin Ho of Earls gymnastics club in the bronze with 72.450.