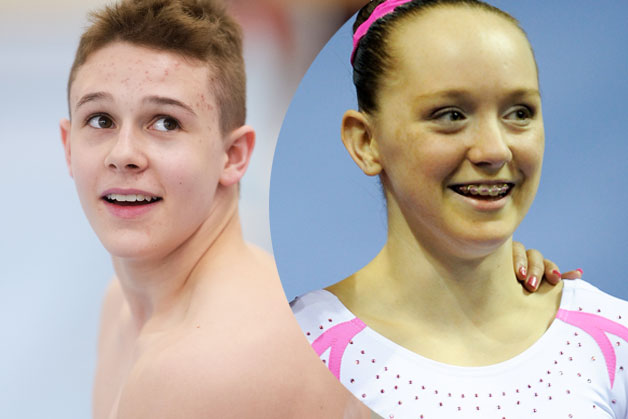 The 2015 English Artistic Championships took place at the weekend (13th – 15th March) at Loughborough University. For many of the gymnasts, it was their first competition of the season, with new skills and routines performed in the lead up to the British Championships in just two weeks’ time.

In the women’s event, South Durham’s Amy Tinkler took the title in her first year as a senior with a big score of 56.200. Amy had a clean competition and performed some difficult new skills including a full twisting double straight somersault on the floor. Taking the silver was Bristol Hawks Claudia Fragapane (54.900). Claudia performed her extremely difficult floor routine without major errors and will be looking to improve further ahead of the British Championships. Taking bronze was Dynamo’s  Kelly Simm (54.550) who performed some impressive upgrades across the board. In 4th place was experienced Lisa Mason (Heathrow), 5th Jade Stedford (City of Liverpool) and 6th Chelsea Court (City of Bristol).

In the men’s event, it was another first year senior who took the crown. South Essex’s Brinn Bevan looked extremely strong after coming back from injury and scored 86.000. Loughborough Students’ Sam Oldham, who was also competing after injury, looked confident back in action to take the silver (85.750) with the City of Birmingham’s Dom Cunningham taking the bronze (82.600). Loughborough Students took the final spots in the top six with William Trood 4th, Gabriel Hannah 5th and Harry Carter 6th.

There were also impressive performances in the junior categories.