British men back in action and looking strong in Portugal 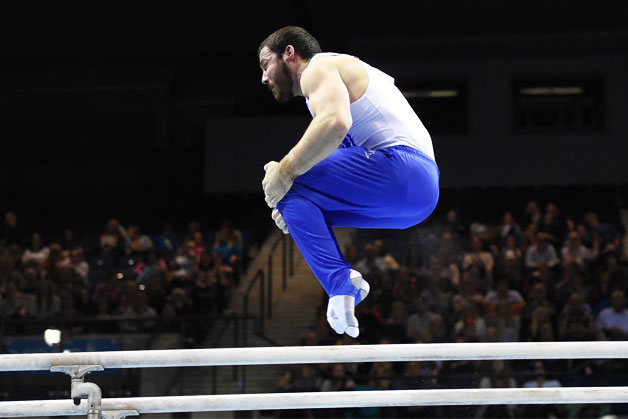 We recently sent a strong squad of men’s artistic gymnasts to the 2015 World Challenge Cup in Andaia, Portugal which took place from the 21st – 24th May.

The competition focused on individual apparatus and in the end it was Dom and Ashley who were victorious as they came away with vault silver and parallel bar bronze.

In the qualification events, Dom performed strongly to qualify for both the floor and vault finals. He competed well on floor on the first day of finals, just missing out on the medals finishing in 4th place with 14.700. On the second finals day he took to the vault and made sure this time he made the podium scoring 14.625 for silver. On the same day Ashley competed in the parallel bars final and kept his cool scoring a huge 15.250 to take the bronze.

Nile also impressed at the event after coming back from a wrist injury to make the rings final and eventually finishing 4th with 14.700. Brinn also made the pommel final and finished in 6th with 13.775.

Congratulations to all gymnasts, clubs and coaches!