The 2015 World Gymnastics Championships have come to a close with Great Britain celebrating historic performances.

With team silver for our men’s team and team bronze for our women’s team the gymnasts won our first ever artistic gymnastics World Championship team medals, Max Whitlock’s sensational pommel horse victory was the first world title for a British man and the addition of superb silver on floor for Max and silver for Louis Smith on pommel adds up to our best ever World Championship medal tally.

The final day of the championships saw more GB gymnasts in action with Ellie Downie and Claudia Fragapane on the floor and Nile Wilson on parallel bars.

Nile became the first British man to make  a World Championships parallel bars final and did himself proud with a great performance for 15.233 and 8th place. On floor 16 year old Ellie produced one of her best ever routines to score an impressive 14.733 forn6th place with Claudia also producing a strong routine for 14.466 and 7th.

Nile summed up the whole week afterwards saying “I’m very proud to be part of British Gymnastics. To represent your country is an incredible honour and the feeling of competing in front of that crowd is one I’ll never forget. Making history as a unit, both the men’s and women’s team is very special, all week we have gone out there and done the job. I remember watching the Olympics as a kid and aspiring to be like the great gymnasts like Louis, and to now be a part of all that and take our level up even further is unbelievable, Great Britain can be very proud.”

The full results from the championships can be found here. 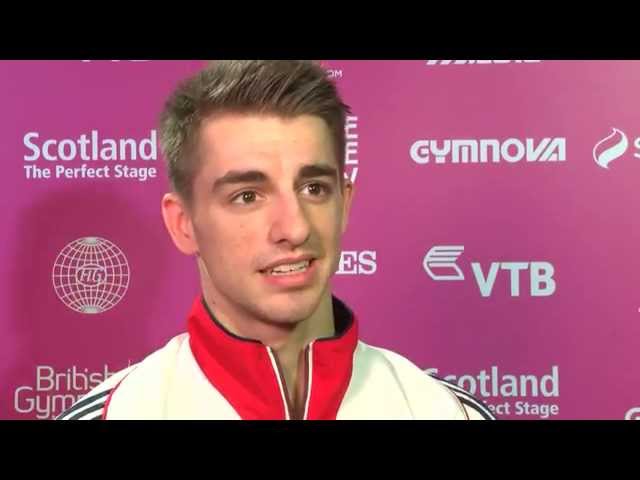 Max Whitlock Wins Gold on the Pommel! #Glasgow2015 11 Nov 2015 We spoke to Max Whitlock after his historic gold medal on pommel and his sliver in his first ever floor final.

Glasgow sets new benchmark for World gymnastics 01 Nov 2015 The 2015 World Gymnastics Championships in Glasgow has been praised as one of the greatest occasions in the history of...