It was a tense final with some incredible gymnastics from the world’s best. Max started his competition off on the pommel horse where he showed why he is the current world champion, scoring a strong 15.875 to get himself off to a great start. Moving on to the rings, perhaps one of his weaker pieces, he excelled and things just got better and better as he landed his extremely difficult vault and upped his game on the parallel bars. With only two apparatus to go, Max was right in the mix but it was a competitive final with several gymnasts still in the fight for a medal. Max made it safely through his high bar routine and then took to the floor. Up first in front of a big crowd, his routine was very impressive under pressure and he then just had to sit back and wait.

Japan’s Uchimura was pushed for the gold all the way by Ukraine’s Verniaiev, with both gymnasts performing excellently throughout but it was the ‘king’ of gymnastics Uchimura who continued his reign and was eventually crowned Olympic Champion.

Britain’s Nile Wilson was also competing in the all-around final and performed sensationally at just 20 years old. He was faultless throughout which included an outstanding parallel bars routine for a huge 15.700. Nile finished in 8th place amongst some incredible gymnasts and clearly has a bright future ahead of him.

Max Whitlock said: “My coach and I Scott [Hann] have been working so hard over the past four years. We stepped out of London 2012 and I wanted to prove myself as an all-rounder and I’ve done that. I feel I’ve completed that target now.

“Kohei [Uchimura, gold medal winner] has been my idol for a long time so I’m very proud for him and Oleg [Verniaiev, silver medal winner], I’ve been competing with him for years. He’s been producing huge scores in the last few years and I’m very honoured to come third to those two. That Team GB have won more medals today makes it even better. We are very strong, we’re such a big team, and hopefully we can go back to the village and everyone be proud of our achievements today.”

Jane Allen, British Gymnastics CEO: “We are thrilled Max Whitlock has secured this first gymnastics medal for Team GB.  It’s a fantastic result for Great Britain, British Gymnastics and all those who invest in and support our high performance programme – coaches, UK Sport and the National Lottery.

There’s a big team behind the scenes but it’s our gymnasts who step courageously into the spotlight and perform out of their skin these superhuman feats for their country.  National pride is soaring and we couldn’t be prouder.”

The men will next be in action with Max and Kristian Thomas in the floor final and Max and Louis Smith MBE in the pommel final both taking place on Sunday 14th August.

Competition continues tomorrow with the women’s all-around final at 8pm UK time. Team GB will be represented by Ellie Downie. 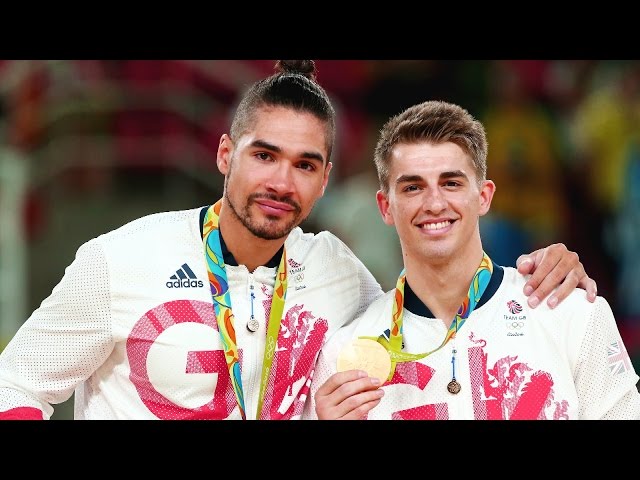