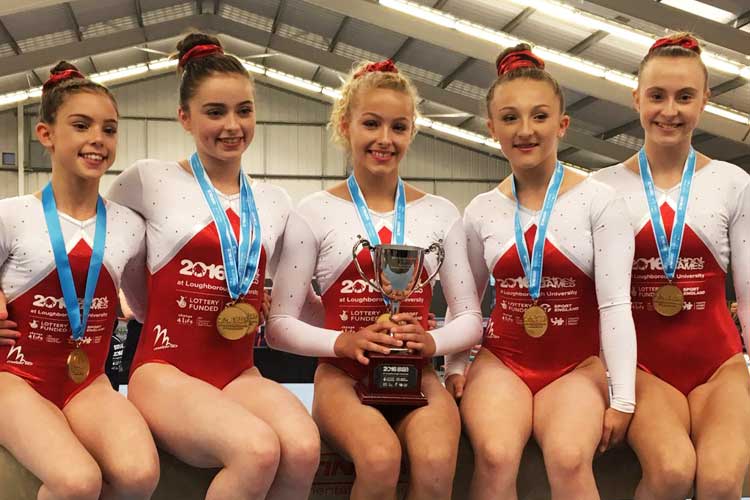 The Welsh women’s team and the English men’s took top honours at the 2016 UK School Games in Loughborough, which took place from the 1st – 4th September.

In the women’s all-around standing it was a Welsh 1-2, with Latalia Bevan taking the crown with 52.900 ahead of teammate Maisie Methuen (52.650). England’s Amelie Morgan took the final spot on the podium with 52.000.

In the apparatus finals, it was a clean sweep for Maisie taking gold on the vault, bars, beam and floor and scoring a personal best overall.

British Gymnastics members can watch routine videos from the competition on the BG Score App using their membership login details.