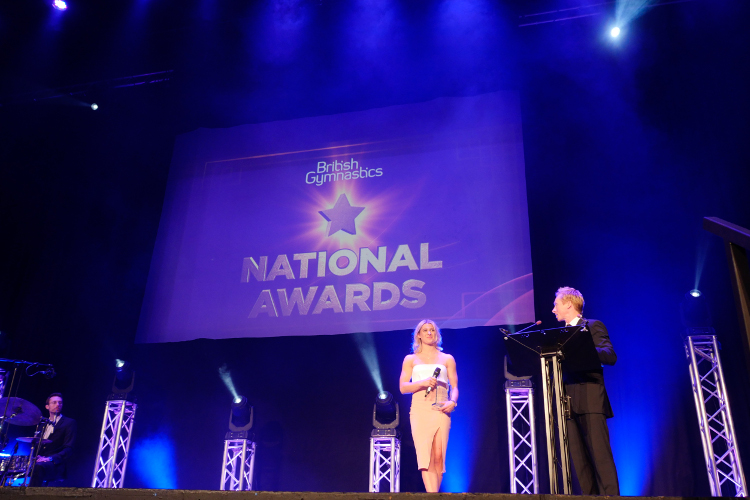 The achievements of some of the most inspirational people in the gymnastics community were celebrated at the stunning Athena in Leicester on Saturday evening. From our outstanding elite gymnasts proudly taking medals on the world stage to the passionate workforce and volunteers dedicated to delivering our sport, the 7th British Gymnastics National Awards ceremony was a fantastic celebration of gymnastics.

Congratulations go to all of our nominees and winners.

Young Volunteer of the Year Award

The Young Volunteer Award is presented to an individual between the ages of 14 and 19 years old who has shown commitment and dedication to the sport, volunteering their time to help others enjoy gymnastics.
Nominees: Abbie Ridley, Hannah Mellon, Kira Taiwo

Winner: Kira Taiwo
Kira volunteers both at competitions and within her own club and has done so for a number of years, taking on the roles of young leader, coach, judge, marshall, medal bearer and competition presenter to name just a few. Kira said: "Winning this award was a pleasant surprise! Volunteering is such an important part of the gymnastics communities and I am glad to be part of it!"

Volunteer of the Year Award

This award is to recognise a volunteer whose contribution to their club or region is seen as invaluable and their efforts are instrumental in the work behind the scenes. Their role is seen as vital and without them the club or region would not be the same.
Nominees: Alec Davies, Debra Cavill, Sonny Rhind

Winner: Debra Cavill
Llanelli Gymnastics Club has been Debra’s second home for a number of years, hugely increasing the number of coaches, as well as being a coach, committee member and fundraiser. She has also been named Welsh Gymnastics Volunteer of the Year. Debra said: "I am overwhelmed to receive this award and I would like to thank the Welsh Gymnastics for nominating me; my club for supporting me and my family for understanding my love for my chosen sport. I thank them all from the bottom of my heart!"

This award recognises an organisation or individual who has played a crucial role in providing excellence in delivery of coach education.
Nominees: Christopher Short, Judy Wootton, Sinead Connolly

Winner: Christopher Short
Christopher has been a leading figure for TeamGym with trips all over the UK in the last 12 months, where he has tutored, assessed, coached and advised, planning and expertly delivering each course to ensure a high quality experience for those taking part. "Unexpected!! Hopefully this award will put TeamGym further up the chart!!" he said after.

This award recognises an individual who has delivered a committed and enthusiastic service to the welfare and safeguarding of children within the gymnastics environment.

Winner: Christine Cason
Whilst being the Regional Welfare Officer for London for over 10 years, Christine has ensured the needs of children, young people and vulnerable adults have been safeguarded and considered at the front of every issue. In doing so, she has changed the attitude and perception of the welfare officer role within clubs and in her region. Christine said: "I was not expecting this award! I am honoured and grateful for being recognised for my contribution to safeguarding on behalf of British Gymnastics. I have been a welfare officer for 12 years and London Regional Welfare Officer for 4 years. I have worked in safeguarding children and vulnerable adults for 17 years and I truly enjoy my role and responsibilities."

This award recognises a club which shows a commitment and passion for gymnastics. Providing quality and enjoyable experience to their members, through developing innovative ways to grow and improve the club. These clubs deliver British Gymnastics programmes and initiatives.
Nominees: Blandford Forum Gymnastics Club, Club GymFUN, Valleys Gymnastics Academy

Winner: Blandford Forum Gymnastics Club
Following a building restructure and refurbishment, Blandford continues to go from strength to strength. A huge increase in participation numbers has coincided with multiple new sessions being added to the timetable, community open days, offering support for other local clubs and continued development for current members. Helen Barnett-Moore/Peter Legg: "We were so proud and excited to be nominated and to win now is like the icing on the cake.  What an amazing evening! Thank you BG! We feel so proud to be part of British Gymnastics!"

This award recognises an individual or organisation that has demonstrated commitment and enthusiasm to the development of gymnastics for disabled people through the delivery of an inclusive gymnastics programme.
Nominees: Angela Turner, Heather Sargent, Waveney Gymnastics Club

Winner: Heather Sargent
Heather’s tireless efforts have enabled more people than ever with disabilities to participate in trampoline gymnastics in Cardiff. As well as over 200 children and adults now taking part in weekly classes, she has also helped children achieve success at British level. Rhian Gibson, CEO Welsh Gymnastics: "Fully deserved award for Heather whose tireless efforts and work have given the chance to hundreds of disabled kids to enjoy the benefits and the fun of gymnastics!"

Mike Weinstock: "It is fantastic to get an award on the name of Nik Stuart; to be recognised and to put something back into the sport! As you know Nik was a very influential person in British Gymnastics but also had an extraordinary personality and a sense of humour. I can remember how, in the 'old days', I took kids in the gym at Lilleshall when it was still like a big plastic tent. The kids were training when out of nowhere appeared this strange guy.  In their eyes he was 'quite an old man' but he jumped on the high bar and started swinging at the same time as one of the small kids! That was typical Nik..."

Keith Brewer: "I feel very privileged to be awarded this award!  It is really special for me to be between all these great people who are recognised tonight! I came to gymnastics later and never had the chance to meet Nik personally. I had seen him on the television (black and white at the time). One of the legends about him says that he has even dared to do a one hand handstand on the Eiffel Tower, you can’t believe it, can you..."

This award is dedicated to the late Frank Edmonds OBE, a former gymnast who represented Great Britain at the 1948 Olympic Games and was President of the Association from 1969 to 1989. This award is presented to individuals, who, as volunteers, have gone ‘above and beyond the call of duty’ for gymnastics.

Winner: John Beeton
John has dedicated more than 50 years to trampolining with his commitment, energy, support and belief unwavering throughout. Highly regarded throughout the world of trampoline, John has an incredible knowledge of the sports history. An FIG judge, a head of department and a team manager taking many teams abroad are just a few of the roles John has undertaken over the years. John said: "It is a totally out of the blue surprise for me to receive this precious award! I have been volunteering for Scottish and then for British Gymnastics for many, many years, not expecting anything in return and to get that award is totally unbelievable! Also, I feel privileged to be the first trampolinist to receive it! Amazing!"

This award is dedicated to the late Alex Strachan, Vice-President of the Association  and Chairman of the Executive Committee from 1991-1997. The award recognises service to British Gymnastics "above and beyond the call of duty" by members of British Gymnastics staff.

This award recognises outstanding service to the Board of British Gymnastics

Outstanding Coach of the Year Award

This award recognises an individual from the British Gymnastics High Performance programmes who has produced outstanding International results through their athletes during 2014. This year two awards will be given acknowledging the "Outstanding Coach of the Year", one in an Olympic discipline and one in a Non-Olympic discipline.

Melanie Sanders: "This award was quite a surprise for me! It is a great honour to receive it! I am proud with my gymnasts who were selected to show-case Acrobatic Gymnastics at the Olympic Gala in Rio. We are also thrilled that our sport is included in the Youth Olympic Games, so we shall all continue to work tirelessly and keep our motivation to improve."

Scott Hann: "I don’t feel any different than any other coach in British Gymnastics and I am very grateful for being awarded as the Outstanding Coach of Year award.Without the support of my Club South Essex and British Gymnastics our achievements in the recent years and particularly in Rio would not have been possible. British Gymnastics is a fantastic organisation and I feel honoured and privileged to represent its coaching community!"

Outstanding Athlete of the Year Award

This award recognises an individual from the British Gymnastics High Performance programmes who has produced outstanding International results in the last year. This year two awards will be given acknowledging the “Outstanding Athlete of the Year”, one in an Olympic discipline and one in a Non-Olympic discipline.

This award recognises any athlete who achieves World Champion status in either an individual or team event.
Winner: Max Whitlock

Max Whitlock: "It's an absolute honour for me to win the Athlete of the Year and John Atkinson awards. Thank you very much to everyone involved. It's been a very long journey to get to this point. The whole team have done an incredible job and to be standing here it's an amazing feeling." 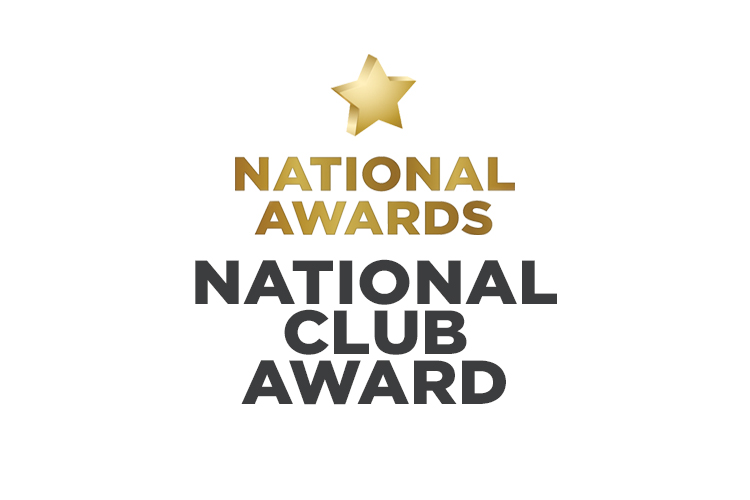 National Club Award: Meet the nominees 20 Sep 2016 With our annual National Awards less than a month away, where we recognise and celebrate the achievements of the... 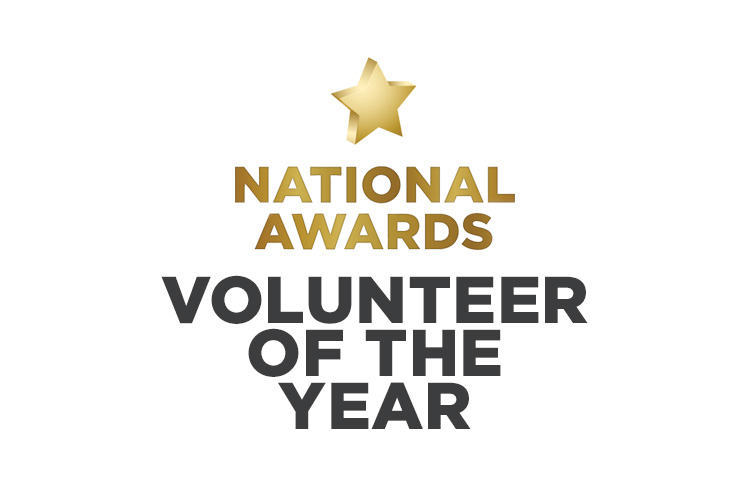 Volunteer of the Year: Meet the nominees 05 Sep 2016 Our annual National Awards recognise and celebrate the achievements of the most inspirational people within our... 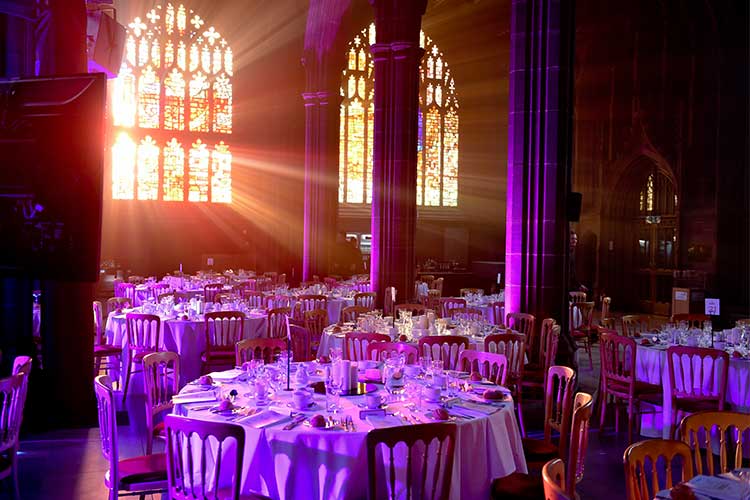 National Awards nominees shortlisted 22 Jul 2016 We are delighted to announce that we can now reveal the final shortlisted nominees for this year’s annual... 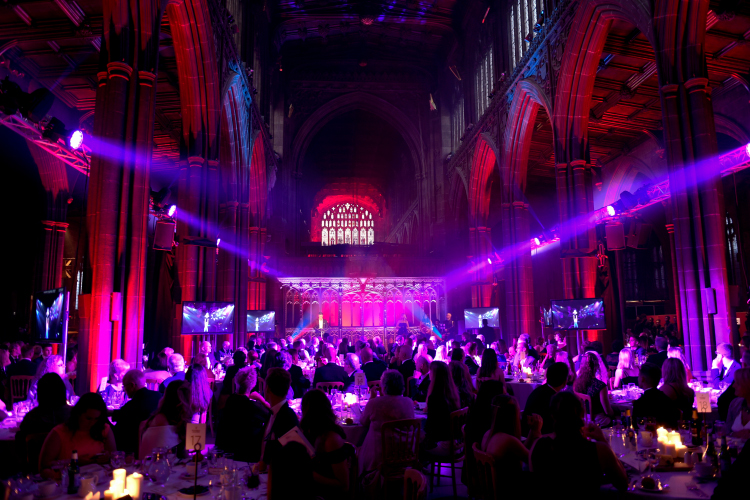 Important milestone in the British Gymnastics calendar returns 10 Jun 2016 We are delighted to announce that our annual National Awards will be returning on Saturday 8th October where we... 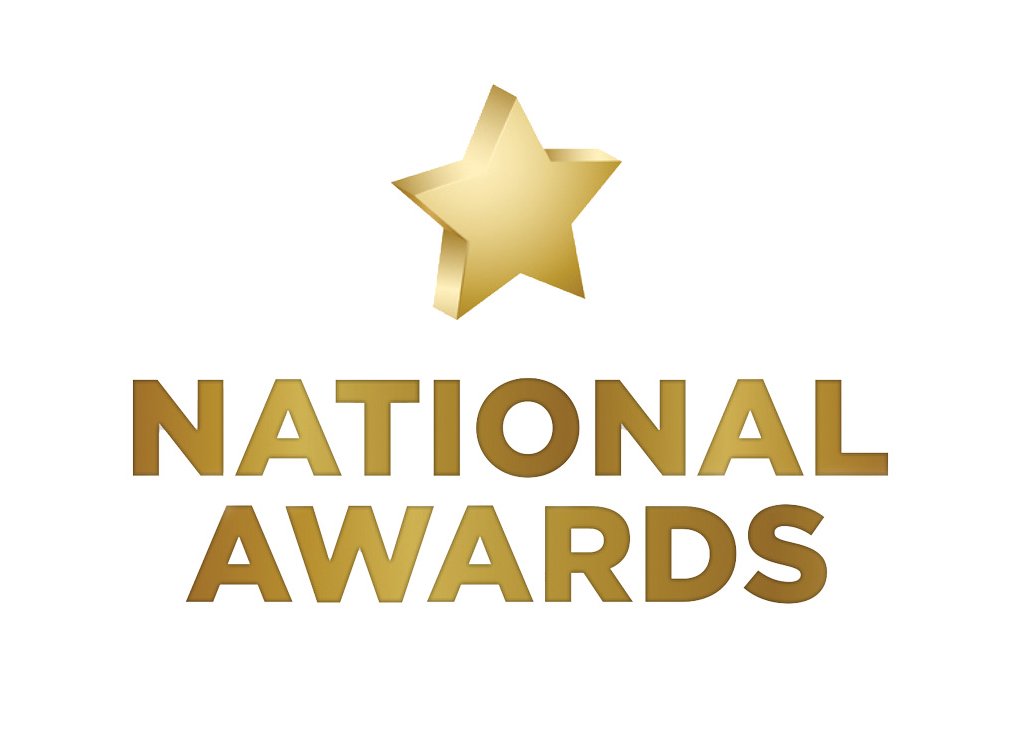