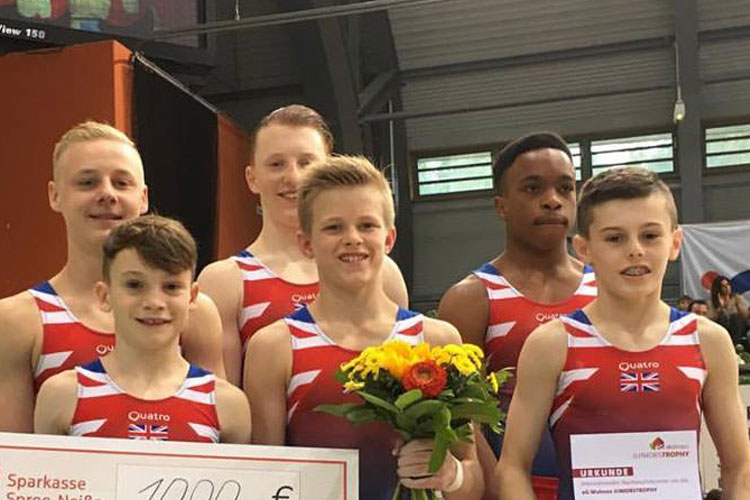 The British team of Jack Chamberlain, Euan Cox, Raekwon Baptiste, Victor Yeo, Jack Stanley and Reuben Ward took the team title with 426.400 ahead of Germany with 425.150 and Latvia with 399.050.

Competing in the U14 event, Jack Stanley from Leeds took the silver medal all-around with teammate Rueben Ward taking 5th place. Jack went on to take gold on rings with Rueben also picking up silver on floor and bronze on parallel bars.

Euan Cox (Pegasus) and Jack Chamberlain (Bury) competed in the U18 competition with Euan finishing 3rd in the all-around event, going on to take silver on rings and bronze on the pommel, parallel bars and high bar. Jack didn’t have as strong all-around event as he would have liked but went on to fight back in finals taking the top spot on floor and rings and silver on vault.

The British team took home 21 medals overall. Congratulations to all the gymnasts, clubs, coaches and officials on a fantastic event.