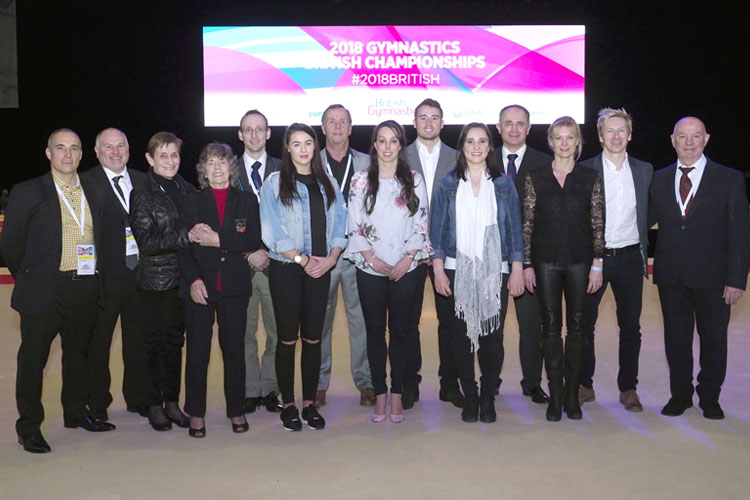 Several former British champions attended the 2018 Gymnastics British Championships in Liverpool to celebrate the history and success of artistic gymnastics in Britain.

Thirteen gymnastics celebrities who once lifted the famous British trophies helped to get the men’s and women’s all-around competitions underway on Saturday afternoon. They were called on stage one by one and given a warm welcome by the audience in a sold-out Echo Arena.

83-year-old Gwynedd Lingard MBE who won the British title back in 1959 pushed the button in the arena to get the afternoon underway alongside the 1976 and 1978 British champion Ian Neale.

Looking back on her title success, Gwynedd said: "It was wonderful. The best bit about it was that so many people had put so much effort in to my career and I felt at last they were being rewarded, that their good work had come to something."

Two-time British champion Jeff Davis (1979 and 1980); 1989 champion James May and Ross Brewer, the unbeatable British Champion from 2003 through to 2006 were also on stage before taking over their role as breveted judges at the event.

Andrew Morris who won the first of his five British titles in 1983 recalled the year with fondness: "I was very fortunate to have a long career in gymnastics spanning a whole decade really. To win five titles, I was very pleased. I remember the first title like it was yesterday. It was at Wembley Arena and I’d been knocking on the door, coming fourth all season. I went to the European Championships prior to that and did very well which gave me a boost before going to Wembley and winning the British by having a consistent competition. I didn’t look back for a few years after that."

Hayley Price, the Ladies champion in 1983 and 1985 remembers her first British title as "the first time I’d won a major championship which was always the target."

The audience was pleased to see on the big screen the historic performance on floor of Neil Thomas MBE who, after becoming British Champion in 1990 and 1992, won the first ever world medal (silver) for British Gymnastics in Birmingham ’93.

A standing ovation was also given to the 1998 and 1999 Champion Craig Heap, whose voice can often be heard during BBC coverage of gymnastics.

Beth Tweddle MBE, who won an unprecedented seven straight British titles from 2001 to 2007 and paved the way for British women to win medals on the international stage, was present throughout the weekend along with Kristian Thomas, the 2008 British champion who finished is career as captain of the British team at the 2016 Rio Olympics.

Another double Olympian, Hannah Whelan, won the British title in 2010 and 2011 and is now working hard as a coach.

The youngest of all former champions on stage in Liverpool was Rebecca Tunney who won the title in 2012 as a first-year senior and doubled it in 2014: "As a junior I was always a bit oblivious to everything as I was so young. Coming here to Echo Arena as a first-year senior and winning the British title, it just hit me. The British was the last trial for the Olympics in London, and I’d won all three trials, and it was just like ‘oh my God, I might actually have a shot of going to the Olympics here’."

Our former champions presented the famous silver trophies to the two new senior champions at the weekend, with Brinn Bevan and Kelly Simm winning the titles for the first time to add their names to the history books. 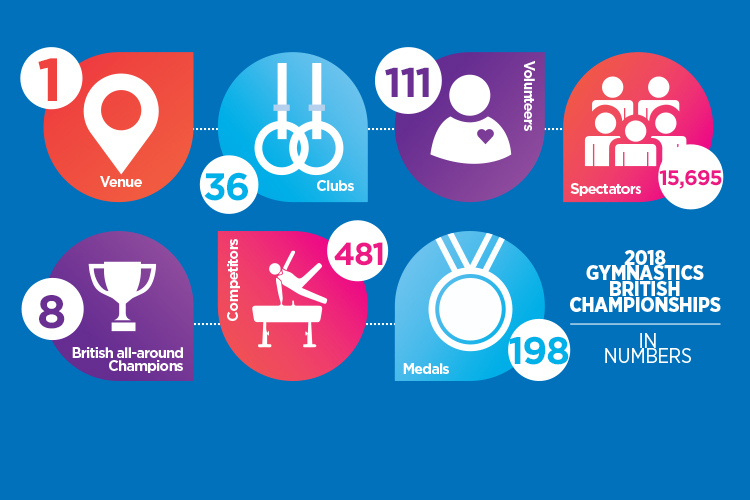 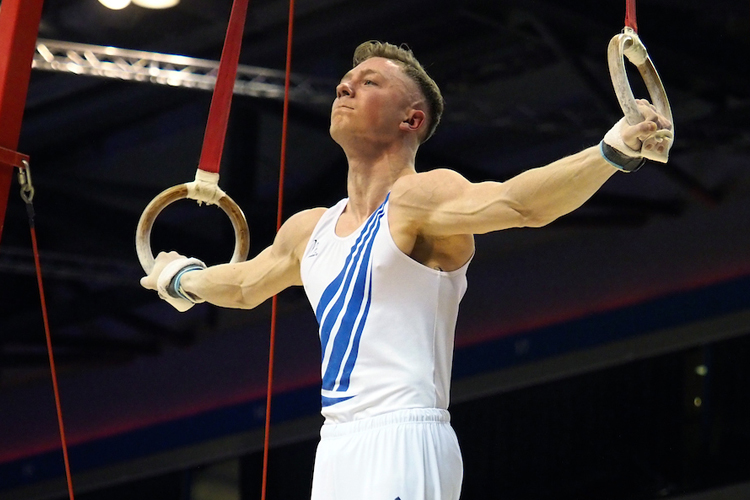 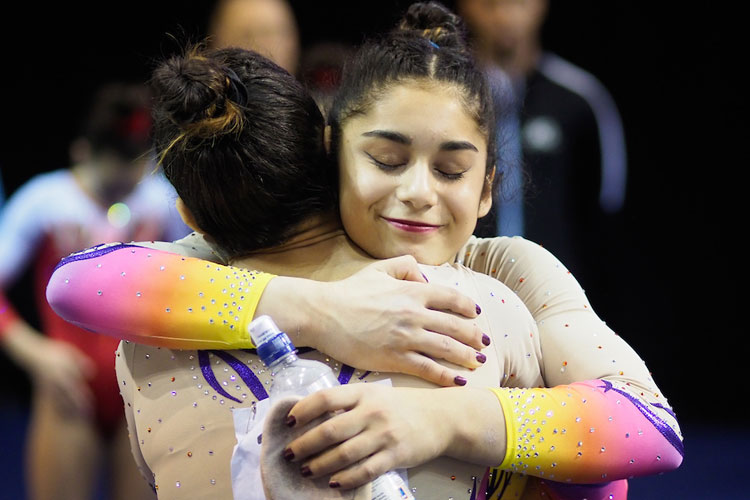 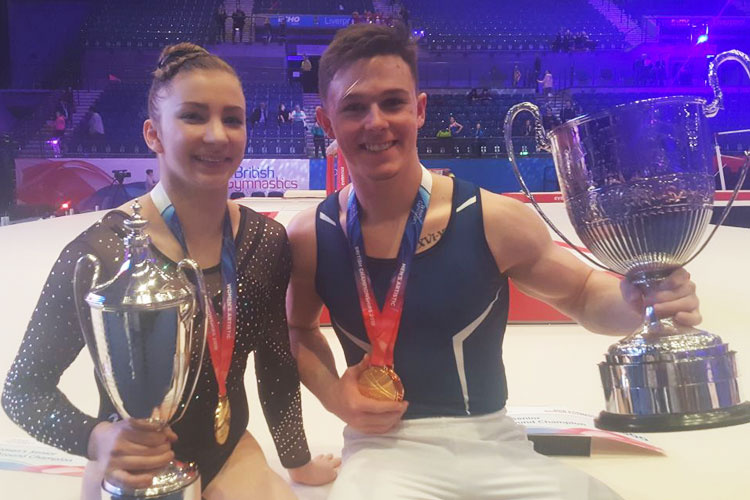 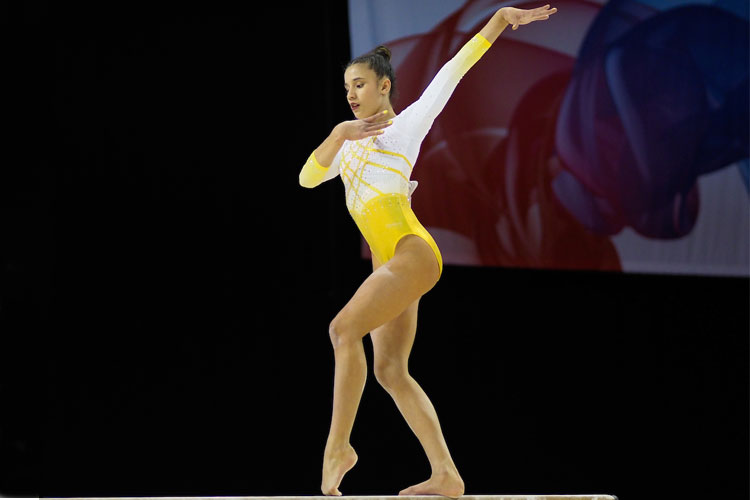 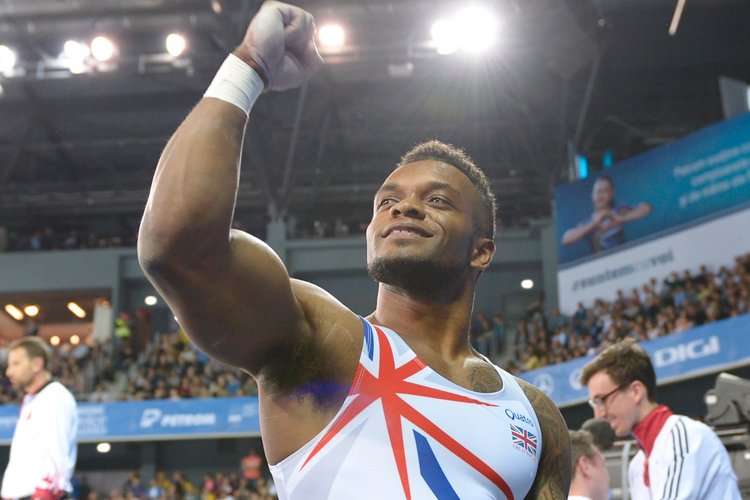