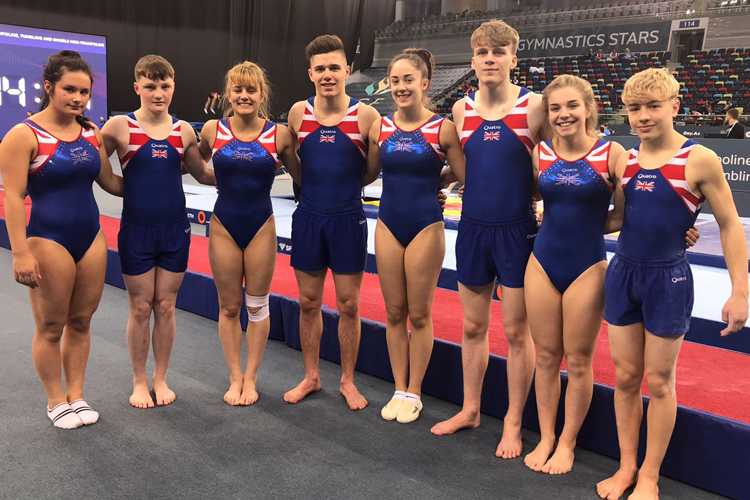 It was another successful day for Britain’s gymnasts in Baku, which saw them win two gold medals as well as qualify for semi-finals and finals taking place this weekend.

And it was our junior gymnasts that really stole the show on day two of the Championships.

Both the junior women’s and junior men’s tumbling teams became European champions with dominant displays in the finals, proving that the future of British tumbling is in great hands.

The women’s team, consisting of Jessica Brain, Kaitlin Lafferty, Saskia Servini and Aimee Antonius were in inspired form, scoring a total of 99.400 to finish nearly four marks ahead of Russia in second.

All four gymnasts also had individual qualification, and all four excelled to finish inside the top 10. With the ruling meaning that only two per nation can qualify for the final, Jessica, who qualified 3rd with 64.200, and Kaitlin, 5th with 63.700, will represent GBR in Sunday’s final. Saskia and Aimee finished in 6th and 7th place respectively to cap off a brilliant day for all four gymnasts.

The men’s junior team were equally as dominant in their team final with Jaydon Paddock, William Cowen, William Finn and Jack Leahy taking the title with a score of 107.800, more than six marks ahead of Russia, to become European champions.

In their individual qualification, they again dominated the field; Jaydon qualifying in 1st with a massive score of 72.000 with William Finn in 2nd scoring 68.600. Jack finished in 3rd place with 68.300 but missed out on the final due to the same ruling as the women’s competition, and William Cohen finished in 10th spot with a score of 66.200.

It was also a successful day of qualifying for our trampoline and DMT gymnasts.

In the senior women’s trampoline competition Kat Driscoll breezed through to tomorrow’s semi-finals, qualifying in 4th place with a score of 103.490 after two clean routines.

In the senior men’s trampoline competition, Luke Strong and Nathan Bailey followed Kat’s lead. Luke qualified in 8th place, scoring 109.485 with Nathan in 11th and a score of 109.185 means that both will be back tomorrow for the semi-final.

Unfortunately trampoline gymnast Izzy Songhurst had to withdraw due to injury sustained in training at the competition venue. Izzy will be working with our medical staff and we all wish her a speedy recovery.

Ryan Devine and Fraser McLeod will both represent GBR in the men’s junior DMT final with both completing two clean passes. Ryan scored 69.900 to finish 5th with Fraser in 7th scoring 69.200. Jamie Gibney also impressed in qualifying but narrowly missed out on the final, finishing 10th with 68.700.

In the junior men’s team competition, Ryan, Fraser and Jamie just missed out on claiming a bronze medal, finishing fourth, less than two marks behind Portugal.

The women’s junior DMT final will also have two Team GB gymnasts competing for medals. Olivia-May Street qualified in 6th with 64.900 and Megan Cummins scored 63.600 to join her in the final.

See all of the results from today’s competition. 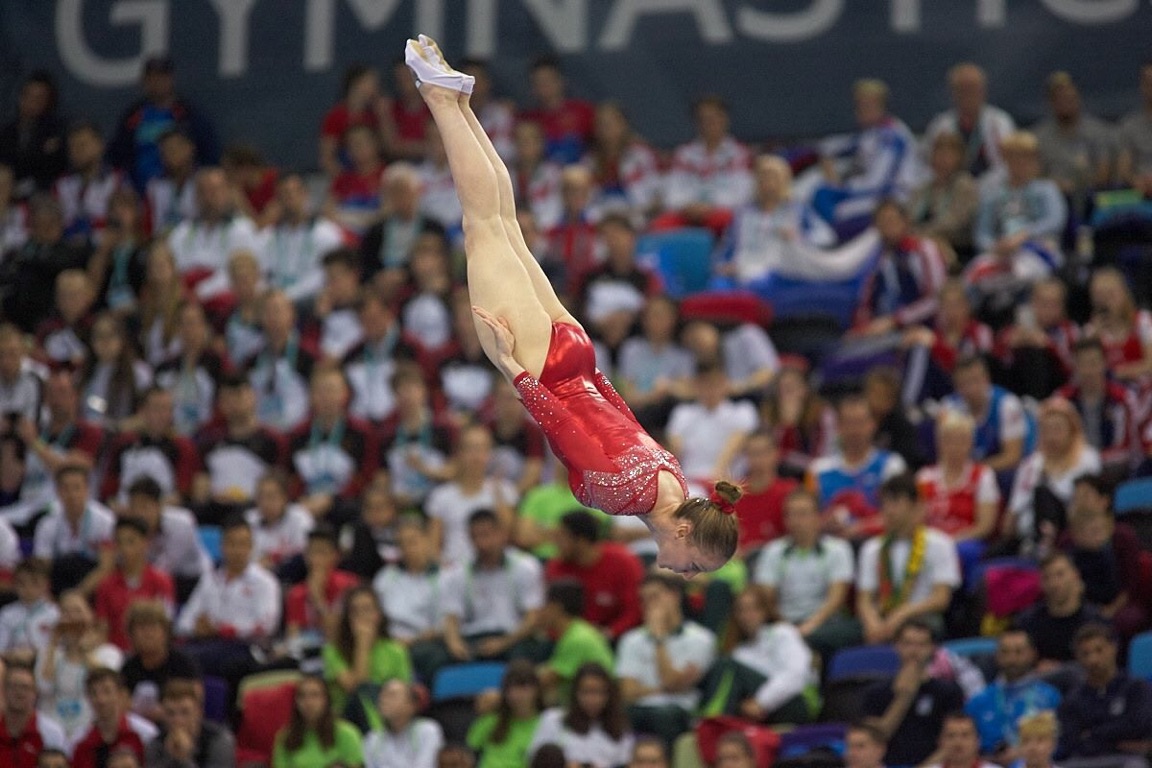 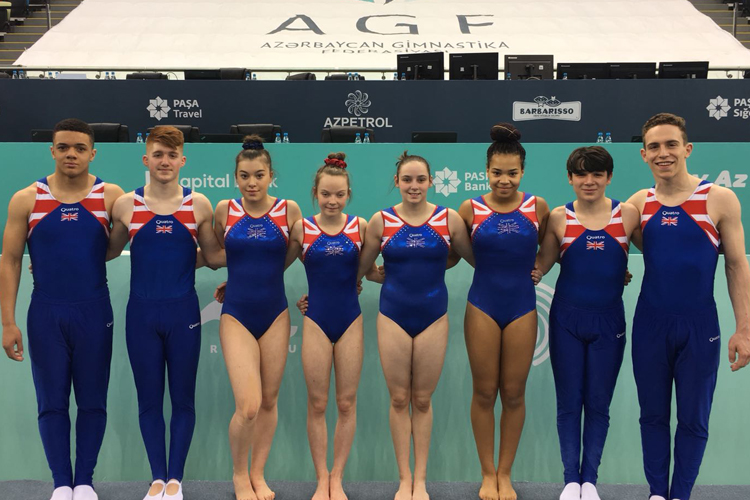 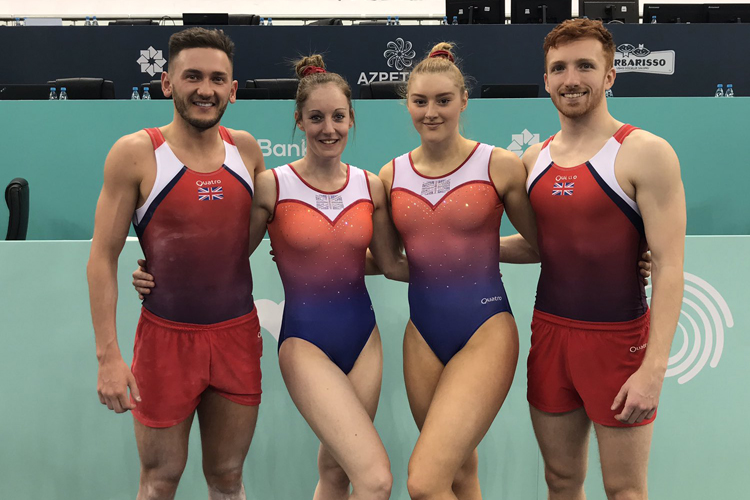 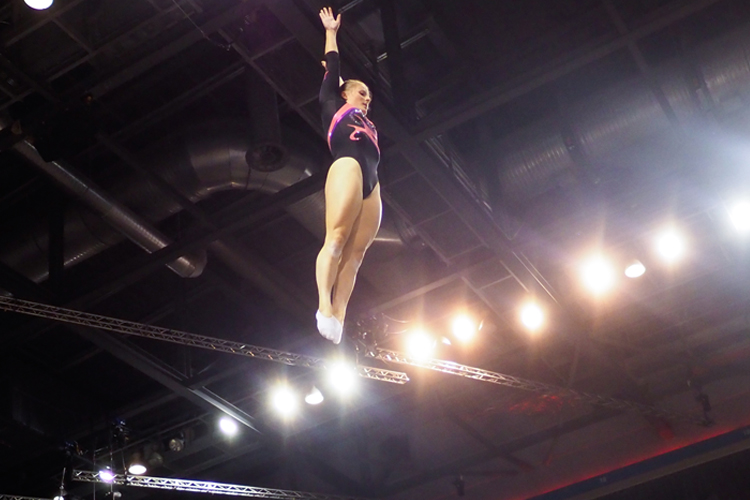