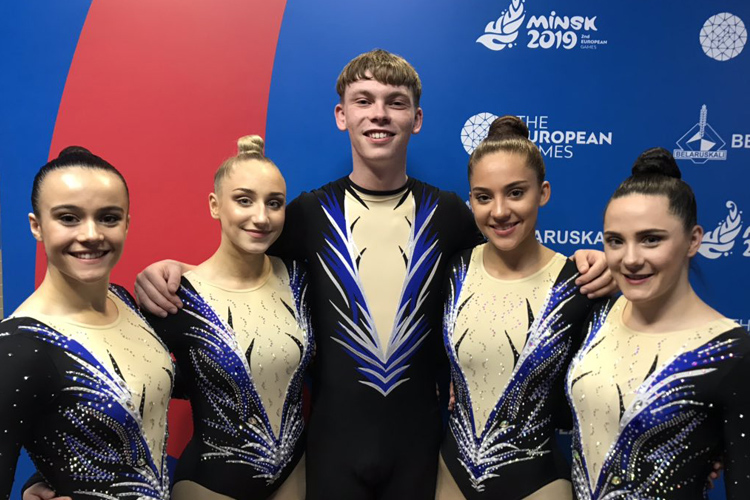 The trampoline and aerobic gymnastics have taken place at the European Games in Minsk, with GB gymnasts producing solid routines in both disciplines.

The trampoline gymnastics got underway at Minsk Arena with Isabelle Songhurst competing in the individual qualifying event.

Isabelle produced a confident first set routine that scored her an impressive 47.065 points. She did well to battle through her second higher-difficulty voluntary routine as she travelled across the trampoline, but she held it together to complete her ten skills and score 49.085. Her total of 96.870 points was sadly not enough to make it to the final, placing her in 11th.

She said after: "I’m disappointed but it’s been an incredible experience to be part of Team GB and compete in such a big event. A few mistakes were costly today but it’s great to be back in international competition (after injury) and I can move on positively from here."

On Tuesday Corey Walkes then put in a brilliant senior debut performance in the individual trampoline competition. Corey delivered two excellent qualifying routines to finish in tenth place with a score of 107.050, sadly just missing out on a final place.

Corey said: "It's a stepping stone. I'm looking forward to the future. It's good being in the same environment with older, experienced gymnasts. I was a little bit more relaxed as I got through the first routine, but it was a little bit shaky at the end. I was confident. I've done thousands of these routines in training. It's just keeping my mind straight, keeping focused and just going for it." 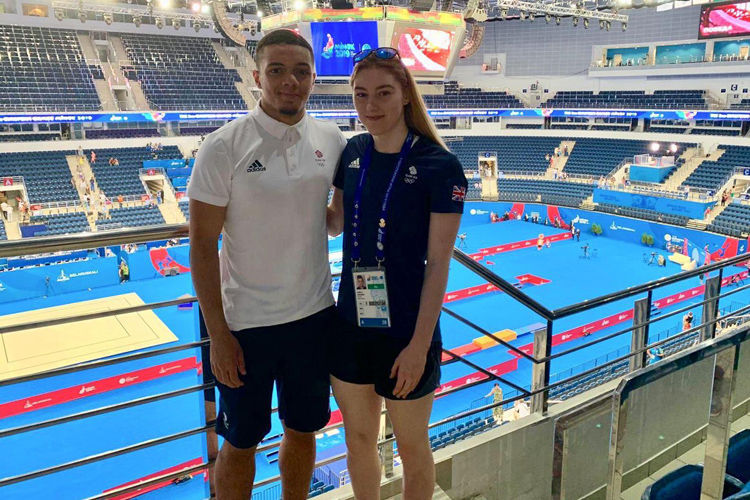 The group were delighted with their routine: "We’re really pleased. We did the performance we wanted to go out and do. It’s been an incredible experience to be part of Team GB, to compete in such a big arena and to represent aerobic gymnastics - we’ve loved it!"

The next gymnastics action from Minsk takes place tomorrow (Thursday), when our artistic gymnasts begin their qualifying.