Gold and silver for GB at Paris World Challenge Cup 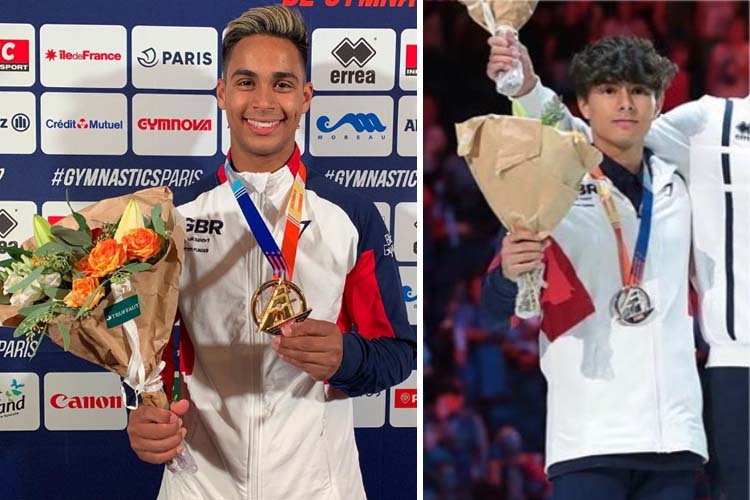 Joshua, fresh off the back of winning gold two weeks ago at the Hungary World Challenge Cup, did exactly the same in Paris, qualifying for the pommel horse final in third place before taking top spot in the final with a score of 14.600.

Jake showcased all of his skills on vault, successfully making it through to the final in second place, scoring 14.325, before improving his score in the final (14.375) to make sure of silver.

Hayden Skinner also did well, finishing narrowly outside the medals on floor with a score of 14.750 for fourth place. Jamie Lewis also competed for GB in pommel horse and rings qualification.

In the women’s competition, both Georgia-Mae Fenton and Ellie Downie were in action, and did well throughout qualifying with both making two finals.

Georgia-Mae scored 13.350 in the uneven bars final for seventh place, and 13.000 on beam for a fifth place finish.

Ellie qualified for both the beam and floor finals and was happy with her performances. She opted to withdraw from both finals as she continues her preparation ahead of selection for the 2019 World Championships.