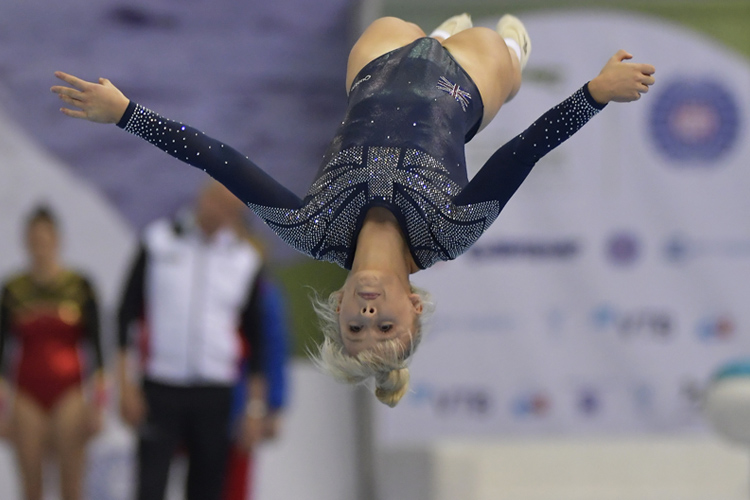 Tumbling gymnasts Shanice Davidson and Megan Kealy have won silver and bronze at the trampoline, tumbling and DMT World Cup in Valladolid, Spain.

A week on from becoming British champion, Shanice was at her best again, scoring 69.100 across her two passes for silver. Megan also impressed, securing two medals for GB with two clean tumbles, scoring 68.300 for bronze.

Bryony Page successfully made it through to another World Cup trampoline final, finishing 7th, gaining more valuable points towards Olympic qualification. The result puts Bryony in a strong position to secure a place for the team in Tokyo.

With the top 30 in both men’s and women’s trampoline competitions earning qualification points, there were also positive results for Laura Gallagher who finished in 17th, Andrew Stamp who finished 20th in his first world cup, and Luke Strong who came in 24th.

Kim Beattie and Ruth Shevelan both made it through to the women’s DMT final. Having qualified in second place, Kim scored 66.800 in the final to finish in 6th, with Ruth scoring 63.800 for 7th.

Running alongside the World Cup was the World Age Group event, where some of our younger gymnasts had the chance to shine. And they did just that, with the British team winning four medals, including three gold.

Congratulations to all of our gymnasts and coaches.