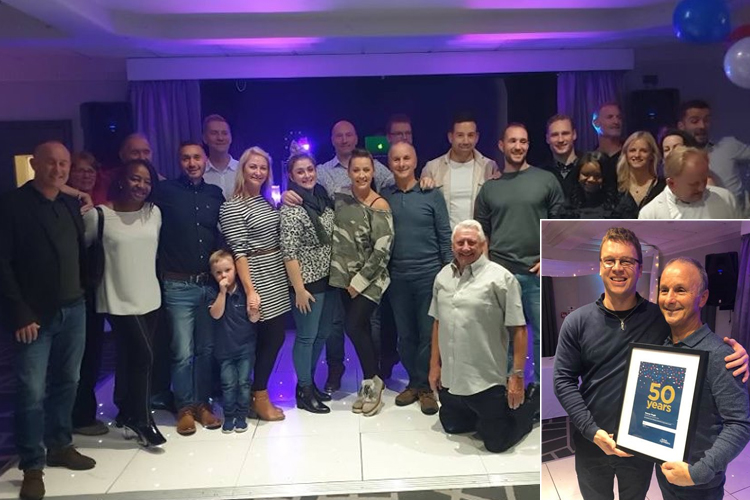 A coach from Manchester has been recognised for his dedication and service to gymnastics, 50-years after building a facility for the community.

73 year-old, Trevor Pugh from South Manchester Gymnastics Club, Wythenshawe is retiring after half a century of coaching at the club, dedicating much of his life to support gymnasts in his area.

On Wednesday 16th October, Trevor was surprised live on the BBC’s The One Show by his friends and family as well as 2019 world pommel horse champion, Max Whitlock MBE.

Coming on the show Trevor said; "I’m totally shocked – it’s a wonderful surprise. I wondered why the adult session was cancelled tonight!"

Following on from this, the club held a special event on Sunday 27th October to celebrate Trevor’s achievements as he enters retirement and he was presented with a certificate celebrating fifty years of service.

Raised in Sutton Coldfield in the West Midlands, Trevor enjoyed success as a young gymnast becoming the champion of Birmingham in his early years.

In 1965 he moved to Manchester and set up his own gymnastics club at Sharston Boys High School. During the 1980’s the site was threatened with closure but thanks to six years of dedication, Trevor and a group of parents helped to secure the site permanently by converting the premises into a full-time gym. In 1989, Trevor opened the South Manchester Gymnastics Club.

Trevor’s daughter, Nicky, who was present in the audience at The One Show, said; "He’s dedicated his life to gymnastics. He built the club from an old school gym to what it is today and we’re hugely proud of him as a family. The people who helped to do this are still friends now and so he’s helped not only build a gym club but create life-long friendships."

Max Whitlock MBE added; "Gyms help to get kids involved in the sport and get into a healthy active lifestyle and it’s people like you [Trevor] that are making a big impact on the sport."

If you would like to get into coaching visit our Get involved in coaching page.