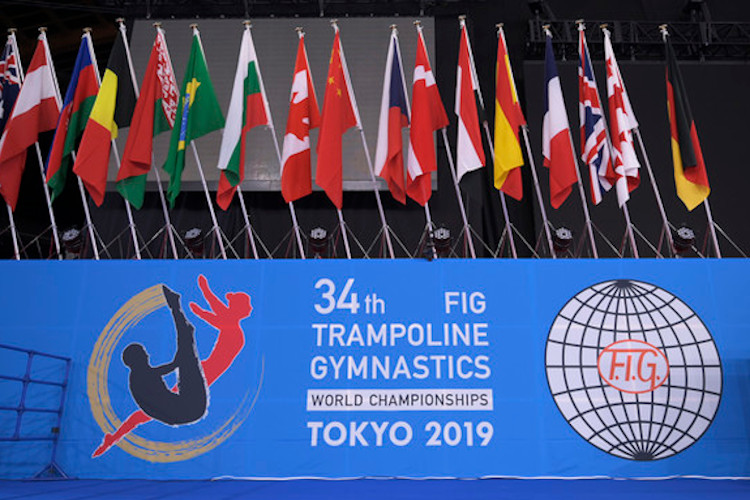 Great Britain secured multiple final and semi-final places and look set for plenty of medal opportunities after the first day of competition at the 2019 trampoline, tumbling and double-mini trampoline (DMT) World Championships in Tokyo. Competing in the magnificent Ariake Gymnastics Centre, the gymnastics venue for the Tokyo 2020 Olympic Games, the British team put in strong performances in all three disciplines.

Going through to individual finals are Shanice Davidson and Megan Kealy in women’s tumbling and Kim Beattie and Kirsty Way in women’s DMT. Britain’s women's tumbling team topped the team ranking in qualifying and will aim to emulate that in tomorrow’s final with our women's trampoline team and men’s and women's DMT team also hopeful of team medals on Friday.

Individually, the trampoline gymnasts were aiming to qualify for their semi-finals. With three gymnast per country allowed into the top 24 semi-final; Bryony Page, Laura Gallagher and Isabelle Songhurst will compete on Saturday along with Andrew Stamp, with the hope of them making Sunday's final which brings with it the added incentive of securing a quota place for Team GB at the Tokyo 2020 Olympic Games.

Great Britain began the long opening day with our women’s tumbling team in action in group one of qualifying. Reigning world silver medallist Shanice Davidson led the way scoring 68.300 (1st) for her two passes with her teammates close behind; Megan Kealy scoring 66.900 (3rd), Aimee Antonius 64.400 and Kaitlin Lafferty 62.500 giving the team a total score of 199.60 points for top spot.

In the men’s DMT event British champion Daniel Berridge got the team underway posting an impressive 73.100 with Rhys Gray just behind with 72.400. Oliver Paradise scored 70.100 and Harrison Green 70.300 which ensured the team progress to the final with a total of 216.200 points to qualify in 5th. Our women’s DMT gymnasts competed in the final round of the day with Kim Beattie’s 69.800 points placing her in second with Kirsty Way joining Kim in the final scoring 69.500 (4th). Bethany Williamson counted a step out on her second pass and scored 67.800 whilst Ruth Shevelan unfortunately stumbled landing her second pass, placing her hands down to score 57.100. The team total of 207.200 safely qualified them for the final.

The individual trampoline events were always likely to be hotly contested with large fields and gymnasts aiming to make the next steps towards Olympic qualifying places for their countries. Bryony Page posted two confident routines for a score of 103.050 (9th) with Laura Gallagher close behind with 102.550 (13th). Izzy Songhurst claimed the third semi-final spot scoring 101.965 (15th) ahead of Kat Driscoll who scored 100.580 points. Andrew Stamp, in his first senior world championships, produced two brilliant qualifying routines to post a total of 110.115 points placing 20th, a superb performance by Andrew.

Tomorrow will see our men’s tumbling gymnasts compete in qualifying (and likely the team final) followed by our men’s and women's DMT, women’s tumbling and women’s trampoline gymnasts in team finals. All finals will be available to watch on the BBC Red Button and the BBC Sport website from 7.50am-12.50pm. 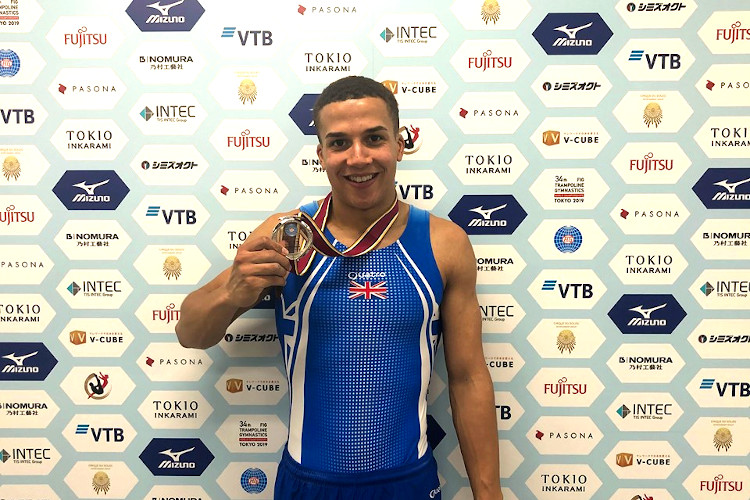 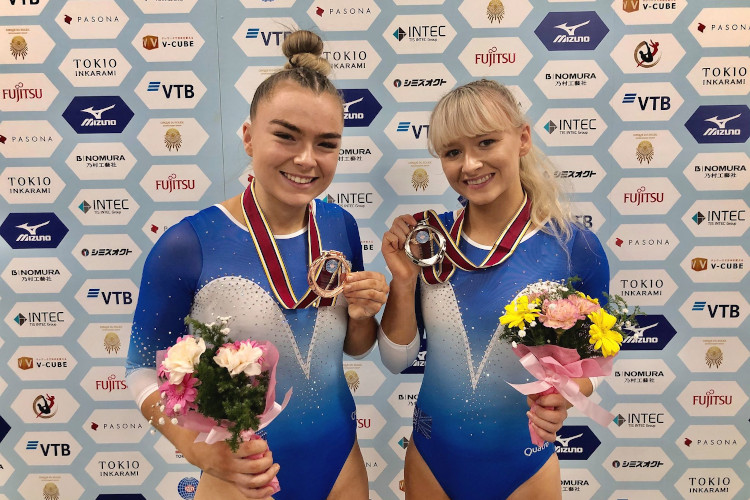 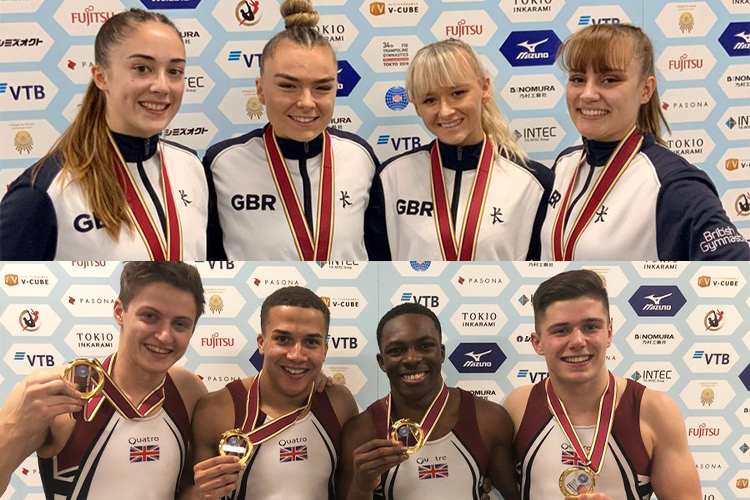 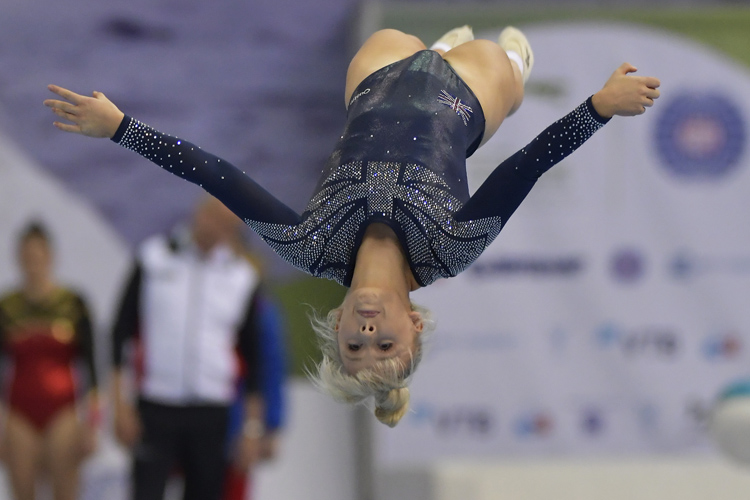 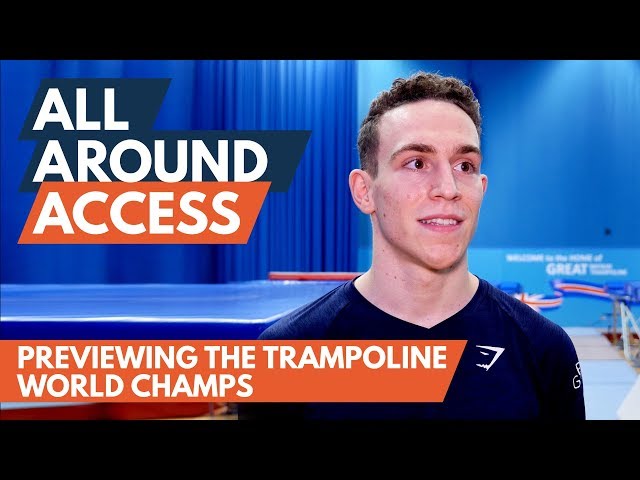 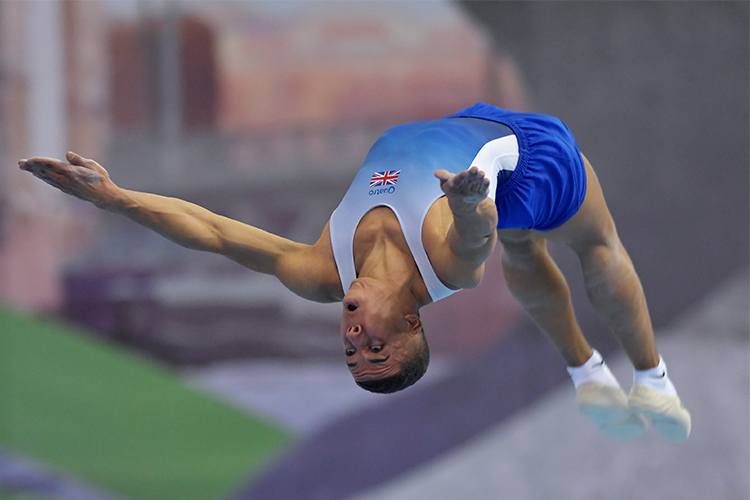