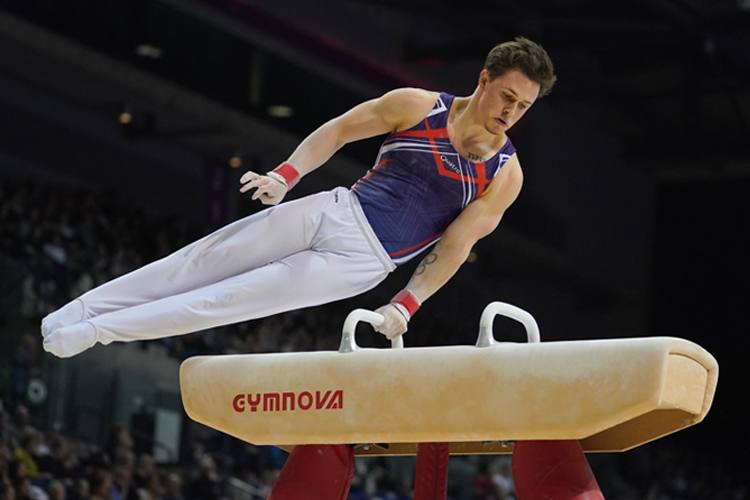 In just over six months, Tokyo will play host to the Olympic Games, with Britain’s artistic gymnasts having already qualified teams in both the men’s and women’s competitions.

For all of our senior squad gymnasts, the time between now and then could be crucial in making sure they’re on the plane to Japan.

Brinn Bevan was part of the British team that competed in Rio four years ago, and knows all about what it takes to make an Olympic team. This week, Brinn joined up with the rest of the men’s senior squad for the first training camp of the new year, in the fully refurbished state-of-the-art gym at Lilleshall National Sports Centre.

We spoke with him to find out how it has gone;

"Catching up with the boys has been great. I feel like I haven’t seen them in a long time, because the last time we were in the gym together was before the World Championships in October. It’s probably six months since we were all here.

"We’ve all got the same dream for this year so to be able to come here, in to this amazing new facility, has been great. Even just walking through the doors when we first came in, it’s just got a different feel, it’s got a different atmosphere.

"The GB flags and the previous results on the walls; looking at Louis (Smith), Max (Whitlock), Nile (Wilson) on the men’s side, and the team from London 2012; it’s just inspirational. It really makes you want to get on with the best work you can."

What have you been working on in training?
"I’ve been looking at my pommel routine to try and improve my execution score. It’s probably one of my better pieces, but recently my scores haven’t quite been showing that, so I’ve been focussing on that.

"I’ve also been working on some new skills, which may or may not come out this year, but will hold me in good stead heading in to the next cycle and the Commonwealth Games."

What are your plans for the year?
"For me this year is about getting my head down and working hard.

"I learnt a lot from last year. I went to my first senior Europeans and I went to a few World Cups, but also had a few injuries. Looking back on the year though, looking at my scores especially, I came away from those competitions knowing what I needed to work on.

"Since then it’s been about trying to change up my routines, swap a few skills, and really try to work on my execution so that I can maximise the scores that I’m hoping to put out for this year. Firstly, so that I can hopefully get in to the team for Tokyo, and secondly hoping that I can get a great result if I do make the team."