On 13th October 2019, Joe Fraser from City of Birmingham became a world champion.

By winning gold on the parallel bars, Joe became just the third British artistic gymnast to achieve such a feat. That day in Stuttgart will be remembered for years to come.

We wanted to take you back to that day, so we caught up with Joe a couple of weeks ago to find out all about his time in Germany.

We can’t wait for every gymnast to make more incredible memories when we’re back in action.

Preparation
"I was in a really good position moving into the World Championships. I’d upgraded my routines from the Europeans, so I was excited to get that parallel bars routine on the world stage. I was doing the numbers in the gym, so I was very happy with the preparation.

"Me and Lee Woolls (Joe’s personal coach) have always said that if you get in a final anything is possible. The main focusses were all-around final, parallel bars final and high bar final, and obviously qualifying a team for the Olympics. It was just about delivering the routines and the rest would come off the back of that."

An all-around top 10 finish
"I was pleased. I got a personal best all-around score, so I was very happy with that and it just put me in good stead for the parallel bars final. I felt like I could just have fun out there. Having James (Hall) out there for the all-around final as well was great."

Becoming parallel bars world champion
"The day before, I felt fine. I was getting an early night and I remember Barry (Collie), one of our national coaches, sent me a text saying, ‘go for gold, what have you got to lose?’ Then it was in my mind. I had this song on called ‘winner’ all night; I’ve got no idea why. Then I woke up normal time and had my breakfast. Lee and I had already spoken about our plan for the day. I went into the training gym and watched Dom (Cunningham) warm up for his vault final. I just enjoyed it all at that time. I was enjoying the moment. You don’t get those opportunities very often.

"Walking out was great. The crowd was amazing. The German’s love gymnastics and you can really see that during competitions, and before I knew it, I was competing. I was fourth up in the final and from then it was all a bit of a blur. It was good fun.

"When I’d dismounted, I didn’t think I’d done enough. In my head, on parallel bars, you have to stick the dismount to be anywhere, so when I had a step on dismount, I wasn’t sure. But my start value carried me through.

"When the scores came through I was thinking, I need to beat one more person then I’ve got a medal. Winning it didn’t come into my mind at that point. I was probably more in shock when I knew I had a medal than when I found out I’d won. Even if it was bronze, we would’ve been happy. Then the next person went, and he fell.

"Max said to me at the time, you’ll never get used to hearing that you’re world champion, and he’s completely right. I’m still not used to hearing it. I’m just trying to maintain focus in the gym, put in the hours and numbers so that I can try to replicate it in future competitions." 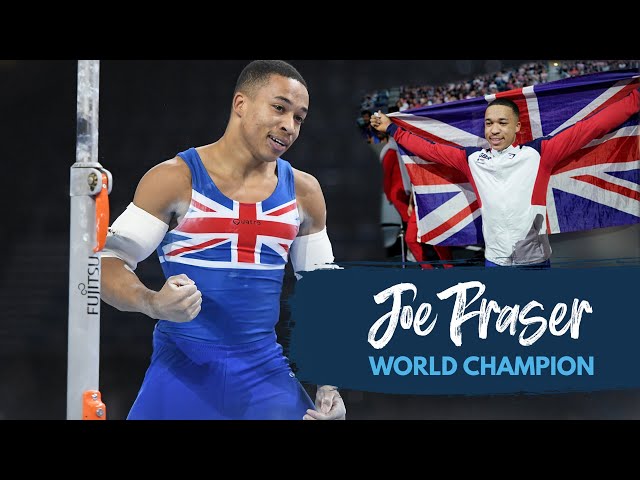 Artistic and acro gymnasts in action across busy weekend of competition 05 Mar 2020 British artistic and acrobatic gymnasts will both be in World Cup action this weekend, with events taking place in...