Gymnastic coaches up and down the country have been adapting their practices to virtual means over the past few months, keeping gymnasts active, connected and motivated during lockdown.

Eve Dymore from Tyneside Gymnastics is one of many coaches who has gone above and beyond during this time, coming up with creative new ideas each week to keep gymnasts at the club active.

Based in New Hartley, Tyneside Gymnastics is a small club that offers various discipline programmes including four piece, TeamGym, Acrobatics, preschool as well as recreational gymnastics for beginners.

Each week during lockdown, Eve and the coaches at Tyneside did video calls with their gymnasts. They ran strength and conditioning sessions; filmed gymnastics exercises they could do at home and set up fun activities such as making lollypop gymnasts. The club also arranged a Zoom birthday party for one of the girls in their groups!

Helen Gray also coaches at Tyneside Gymnastics and she knows just how much Eve means to the gymnasts and parents connected to the club.

“Eve is the face the club. She is known throughout Tyneside and everybody appreciates her,” explained Helen.

“She has done a lot for the recreational kids, posting activities for them on social media whilst connecting with the squads through Zoom.

“She's committed and caring. She wants as many children to enjoy the sport and for the children she teaches to achieve their best."

Eve has now been with the club for the past 10 years. She heads up their recreational programme and also coaches four piece and TeamGym.

From being a gymnast to becoming a coach, Eve loves being able to pass on that feeling she felt as a child doing gymnastics.

“Seeing children achieve a skill they’ve been working on for months or even years, whether it’s a cartwheel or a double front, is special,” said Eve. “It’s great to see the gymnasts happy with their achievements and wanting to learn more.”

In line with the message of UK Coaching Week, recognising great coaching and the impact it has on local communities, Eve particularly enjoys the diversity in her role.

“No day is the same. Every session is planned for, however, it all depends on the gymnasts. Sometimes you have to think on your feet and change the order around to ensure a productive session. It’s not a bad thing to sometimes scrap your plans, play some games and just let the gymnasts have some fun!”

Find out more about UK Coaching Week at: ukcoaching.org/coaching-week 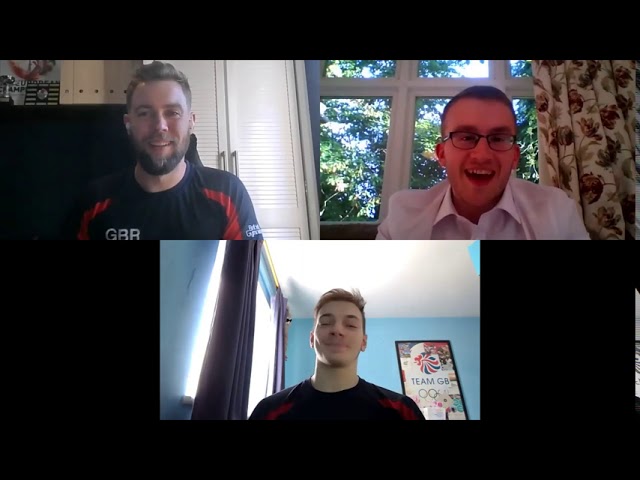 TeamGym duo talk returning to training and preparing for 2021 19 Oct 2020 Despite gymnastics events largely being postponed for the remainder of the year, preparations by Britain’s top...

An open letter from Jane Allen MBE, CEO, British Gymnastics to our members 09 Oct 2020 Dear Members, Today is the final day for submissions to the Whyte Review and I wanted to remind members that you can...

Kelly Simm gains qualification during lockdown 08 Oct 2020 Since returning from lockdown, we’ve heard from several gymnasts who kept busy during their time away from the...