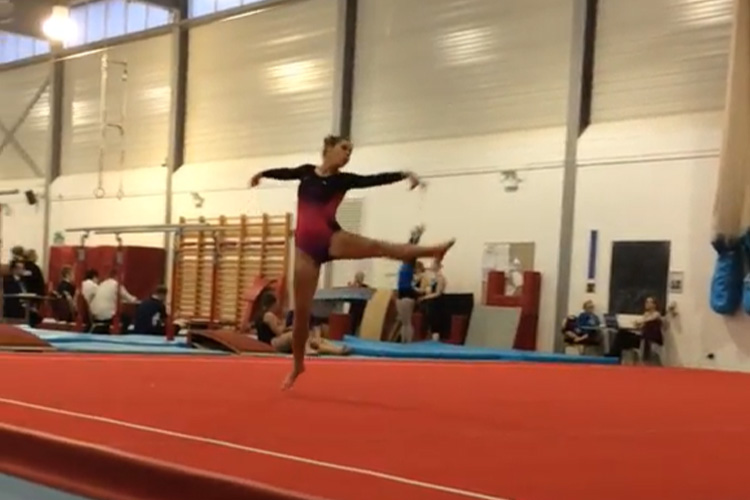 "What do you mean you’re doing gymnastics at 30? I thought gymnastics was for kids?" This is often the response I get when I talk about what I get up to in my spare time. I am often at pains to point out that Beth Tweddle won her Olympic bronze medal at the age of 27, and if they look to the now deferred Tokyo Olympics, Becky Downie and Sanne Weavers could be competing at the age of 29!

My name is Kat and thanks to British Gymnastics I am going to be sharing with you my journey as an adult gymnast.

Adult gymnastics has been growing in popularity over the last decade, perhaps fuelled by the increasingly debunked myth that gymnastics is just for kids! More gymnasts are competing later into their 20s and there are a growing number of clubs that are offering adult classes for people who are either complete beginners or maybe did it when they were younger but want to take it back up again, and these classes are proving to be a hit.

As a kid I loved gymnastics. I was never an elite gymnast, I did it recreationally, but my proudest moment was winning a silver medal in a club competition. Unfortunately, my mum’s job changed in my early teens and I had to give up.

At school, the popular sports were either hockey or rowing and I never really found a sport I loved. During this time, I was also battling an eating disorder and it would be many years before I found the confidence to put on a leotard again, let alone step foot in a gymnastics gym again.

I returned to gymnastics as an adult after watching the British Championships and hearing about Jess Chapman’s return to the sport at the British Adult Championships, referred to as the ‘Vets’. I decided to Google it, and I quickly learned that here was a competition which wasn’t for people who could do multiple somersaults but there were beginner levels too for people like me. I summoned up the courage to try out at my local club.

Last year, I competed for the first time. It was definitely a learning curve (and I will talk about this more in my training journey in a later blog) but one thing I took away is how wonderfully friendly and diverse the adult gymnastics world is. There were people of all ages in the competition even someone who was in their 80s! No matter how good you are, if you want to improve your skills, there are people in the adult gymnastics world who are willing to help and share their knowledge about the sport.

It’s important to point out that you don’t need to compete as an adult gymnast. There are people at my club who come along each week to have fun and keep fit and that is a great motivator too. You don’t need to be able to do splits, you don’t have to look a certain way, and you definitely don’t need to wear a leotard (although I love my collection!)